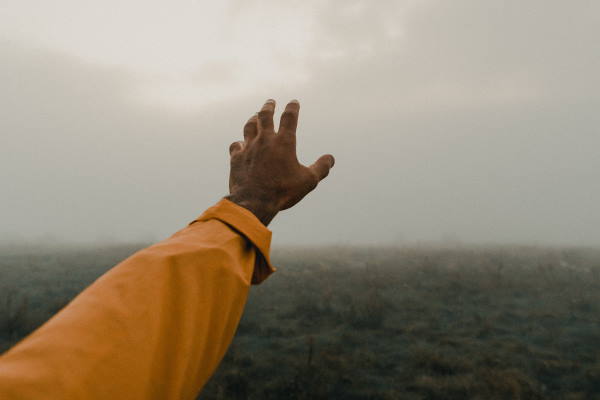 ‘The meaning of life’, it turns out, is a phrase with a history. It was first published in 1799, in Friedrich Schlegel’s novel Lucinde, by all accounts a steamy book for its time celebrating an adulterous affair. Schlegel’s own mother wrote that ‘through his novel Fritz has shown himself to me as one who has no religion and no good principles’.

In their book A Defence of Nihilism, James Tartaglia and Tracy Llanera trace the history of nihilism, telling us that the “good and bad twins”, ‘the meaning of life’ and ‘nihilism’, began to catch on in the early 1800s. As their book’s title suggests, they don’t at all see nihilism as the bogeyman.

Indeed, for Tartaglia and Llanera, the nihil is simply the way it is:

there’s nothing wrong with nihilism – it can’t help being true and we were bound to notice the void eventually.

We are not accountable, they say, to a cosmic standard or an existential barometer. If humans wish to flourish, they need to work on it.

In a pluralistic world I find the idea that there is no capital-m Meaning to life unremarkable. There are as many meanings, surely, as there are cultures, and possibly even as there are people.

There are deep resonances here with the attitude and philosophy of Don Cupitt. Meaning is now only possible in the horizontal flow of signs, that is, relations between people: no God’s eye view is possible, because all of language – the only way we can apprehend the world – is humanly-created. We live in an impermanent flux, and we should embrace it positively by saying ‘yes’ to time. Like the water in a fountain there is the illusion of permanence, but in fact we are all drops coming into being and passing away.

An eloquent analysis which takes a different view can be found in John Carroll’s 1998 book Ego and Soul: The Modern West in Search of Meaning (HarperCollins, Sydney). He sets the scene in a way that is every bit as relevant some 20 years later:

At the close of the second millennium the West is lost in a crisis of meaning. Like a rudderless ship it pitches and rolls in the swell of existence… [T]he West has come to spend its psychic energy alternating between struggling in its daily doings to find some higher sense, and grieving at the futility that otherwise threatens to swamp it. (p.1)

Though I fundamentally disagree with his anti-humanist position, Carroll’s book is well worth reading.

I take heed of academic and SOFiA member Neville Buch’s warning concerning existentialists Camus and Sartre: like them, it’s important to stare into the void but not for too long, so as to avoid being trapped by our own reflection. That way lies narcissism.

Making a god of it would be counter-productive, but in essence nihilism in my view is a fairly simple and positive spur to living a good life. It leaves the way we relate to others as our guiding star for living. As Tartaglia and Llanera suggest, it means “we have everything to play for”.

Photo by Clay Banks on Unsplash