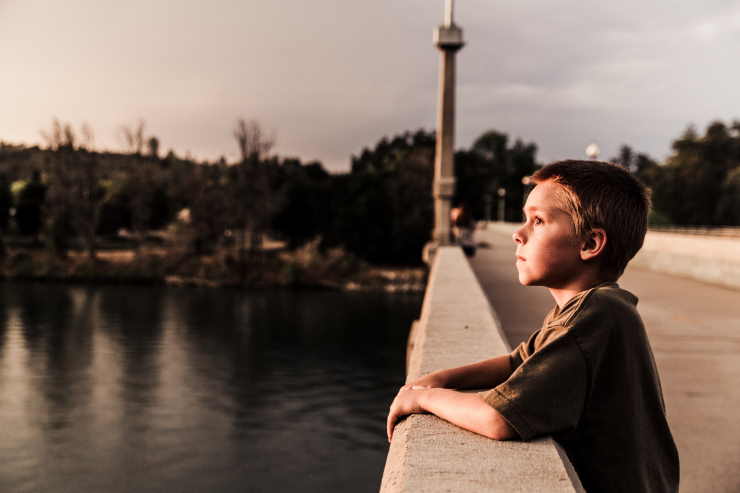 At the close of the second millennium the West is lost in a crisis of meaning. Like a rudderless ship it pitches and rolls in the swell of existence… [T]he West has come to spend its psychic energy alternating between struggling in its daily doings to find some higher sense, and grieving at the futility that otherwise threatens to swamp it. (p.1)

With this salty image – a familiar one for SOFiA members – Carroll begins his tale of how the West is struggling to find a new balance between ‘ego’ and ‘soul’. Needless to say, we have an overabundance of the former, which without the strength and guidance of ‘soul’ becomes brittle, insecure and destructive.

Carroll perceives a failure of belief (read ‘faith’) in Western society which is as much in evidence in 2020 as it was in 1998. Teenagers have no enthusiasm for reaching adulthood. We are beset by consumerism in all aspects of life. In the marketplace of beliefs, whim replaces faith. The vacuum created by the death of the gods leads to Shopping World (often online) where the consumer, both passive and restless, seeks consolation for the disappearance of meaning. Tourism, promising action and excitement, is a dreary packaged affair where photographs are required as a means of convincing others that a good time was had (and the money well-spent). Facebook devotees curate their lives in a bid to match the happiness and success they see on the pages of others.

Consumerism is one ‘prong’ of the threat facing the West; the other is nihilism. Carroll holds the cultural and educational elites responsible for furthering our sense of meaninglessness. Humanism (the subject and title of a previous book by Carroll), which sees man as the measure of all things and the individual ego as the goal of existence, gets short shrift. Reason is rampant and moral thinking wilts, to the extent that a report in the Australian Journal of Biological Sciences in 1982 received almost no comment in the Australian media. It described experiments to attach human spermatozoa to rat ova in vitro.

On the positive side, our pitching ship does have some ballast: for Carroll, a Calvinist sense of worldly vocation, individual conscience and a sacred presence in everyday things pervades modernity. Carroll cites a 1996 study which suggests that (even) in Australia, work is about meaning as much as about income. A dedication to ‘doing a good job’ can still be found.

Vocation, as well as a sense of the sacred can also be found in sport, that “most prominent form of Western meditation”. (p.37) Body and mind must be trained for the rigours of competition. If the training has been adequate, not only is stamina achieved, but the way is open for those inexplicable moments when a sportsperson (or team) is granted that particular state of grace which allows almost superhuman feats: being ‘in form’. And a “warrior code of honour” (p.43) shows the persistence of a Protestant inner conscience.

Popular culture, too, demonstrates that the Protestant virtues remain potent in the face of postmodern nihilism. John Wayne was the embodiment of conscience and vocation. Carroll cites some lines from The Alamo:

There’s right and there’s wrong, you gotta do one or the other. You do the one and you’re living, you do the other and you may still be walking around but you’re dead as a beaver hat. (p.58)

As a searcher after truth in whom a healthy ego is counterbalanced by ‘soul’, Wayne has faith that he’s found the right path. By faith alone!

To be fair, Carroll does acknowledge darker sides to areas like sport and pop culture, but when he’s down on his hands and knees, “trying to sniff out the spoors in the dust of everyday life” (p.78), these are the places he finds hope for the future.

Carroll is anti-humanist, anti-postmodern and apparently, despite his own vocation, anti-intellectual. The question has been asked why he bothers at all, given that he’s an academic himself. However, Carroll’s analysis of our late 20th-century malaise is insightful and still relevant in 2020. It requires a serious response.

The characterisation of humanism as necessarily anti-religion and concerned only with Reason clearly does not square with the thinking and experience of many in the SOFiA network. I have not read Carroll’s book dedicated to this topic, so his position may be more sophisticated than it appears in Ego and Soul, but I find it something of a caricature here.

As a humanist, I find reason very important, but faith – faith in humanity – is equally so. And that’s not faith in my own ego as the Ultimately Real. The faith of which I speak recognises that humans are by nature social beings who can act together to create meaning and beauty, even in the face of disaster. This faith acknowledges Bosnia, Rwanda, Yemen and even Pauline Hanson’s One Nation, but it continues to believe, to trust, that healing and good can continue to be brought about by resolute human action. For me, there’s no need for God in this, but there is a need for inspiration, whether that’s from courageous people or from myths such as that of Christ (or, more correctly, the new Christian community) ‘rising’ to the challenge of overcoming death and chaos.

Carroll’s take on faith is interesting, but perhaps it lacks this sense of courageous action to bring about change:

True faith is a sort of poise of being, an ease of self in the world. With it a person is less likely to complain, hit out, and lament, more likely to face hardship with some higher detachment, with philosophical acceptance that things happen as they do, and respond to what life has in store with cheerfulness and gratitude. (p.85)

I would also argue with Carroll’s thesis that there is some “higher order” framing existence which we need to acknowledge and fall into line with. Carroll avers that we all innately know the true and the good: I find it more convincing to say that these things are products of social consensus and thus relative. However, human evolutionary development has been such that some things, cooperation for instance, can easily appear to us in the guise of an objective Good.

Another aspect of Carroll’s book I find questionable is his assertion of the continuing power of the Protestant work ethic. To the extent that paid employment is meaningful in Australia, this seems to me to have more to do with social standing and with just ‘being occupied’ (in addition to needing to pay the rent) than with a grand sense of vocation. Work does pre-eminently define identity in our society, but with so many unemployed in the face of COVID-19, there’s a need for a healthy backlash against this. I recall the principal of a large metropolitan school telling me that he would describe himself to casual enquirers as a ‘fisherman’, since that’s what he enjoyed doing most.

Notwithstanding these criticisms, there is much in Ego and Soul that would engage anyone with an interest in the making of meaning.

Carroll eloquently describes the ebbing of the tide of institutional religion. For instance, he recounts the events at Diana’s funeral. Elton John’s song, the words of which were “without Christian trace”, was the highlight. Earl Spencer’s “great” speech drew sustained applause. Carroll continues:

What happened next was bitterly cruel, a jest by the fates. The Archbishop of Canterbury had been scripted to follow Earl Spencer. With a void of wordiness, unable to marshal a pinch of feeling or sincerity, he proceeded to praise the Lord for this and that, for everything that had happened, for the wonderful gift of the dead being dead, and for the living being living. It had fallen to the unfortunate Church of England to represent all the contemporary Christian churches in the West in mouthing an obsolete theology, centring on an increasingly implausible God, the whole dressed in anaemic rituals. (p.211)

Carroll’s treatment of sport is interesting. He calls it

a secular means for tapping transcendental sources and powers, reviving some fleeting contact with the sacred, testing whether the gods are on your side or not. In the process it teaches lessons… of the existence of a metaphysical order and of the workings of some of its laws. As such it is pioneering the way modern societies seem to like their religion. (p.39)

It should also be noted, of course, that the rules of sport are ‘made up’, humanly created. And like art and religion, it’s an activity which in itself is useless (see Carroll p.160). Yet it’s a serious business, even for many at amateur level (perhaps especially at amateur level!).

There are many other themes to explore. For example, echoing Don Cupitt, but with a very different agenda, Carroll says that everyday speech is wiser than modern psychology. (p.237)

I could resonate with much that is in this book. An excerpt from Carroll’s concluding paragraphs will demonstrate why:

It was perhaps easier in the era of ‘G’, but that was once upon a time in the West. We have to accept the challenge of where we are and what we have to work with. Our principal spiritual orientation is not down on knees in prayer to God above, but towards the here and now, on the earth, engaged in daily affairs. The divinity is potentially in us, in what we do, and in the things and creatures inhabiting our vicinity. (pp.253-4)

I could not have said it better!

Photo by Japheth Mast on Unsplash