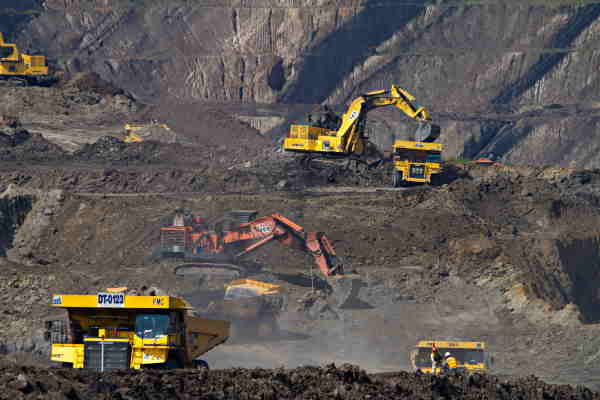 The secretary-general of the OECD has had a moment on the road to Damascus. Mathias Cormann, formerly finance minister in the Morrison government, spent years toeing the party line about the critical importance to Australia of fossil fuel industries. He has recently come out to say that we should immediately start phasing out government subsidies to these industries.

Notwithstanding the scepticism of Cormann’s former Coalition colleague Matt Canavan (subsidies? what subsidies? – reminiscent of Russ Hinze denying there were illegal casinos and prostitution in Fortitude Valley in the ‘70s) our governments do in fact pay huge amounts to coal, oil and gas companies.

The fact, let alone the astonishing quantum, of our (federal and state) governments’ financial support for fossil fuel industries is not well known. These are ‘mature’ industries earning over $16 billion in export revenue. That’s not $16 billion to Australians, of course: most of the big producers are foreign-controlled. But here’s the rub: the royalties they pay to Australian governments are handed back to them in the form of subsidies:

In 2019-20, the fossil fuel industry earned $115 billion from selling Australia’s petroleum and coal resources and paid state and federal governments an estimated $7.3 billion in royalties.

One year later (in 2020-21), the industry received more than $10.7 billion in subsidies, according to a report released by The Australia Institute based on state budget papers.

The 2021 report by the Australia Institute shows that in 2020 government subsidies amounted to $10.3 billion to coal, oil and gas companies, or $19,686 every single minute. The Commonwealth tax break for fossil fuels alone ($7.84 billion) eclipsed the amount our government spent on the Australian Army.

As if this isn’t bad enough, we have never factored into the gas or coal price the damage those industries are doing to the environment and our health, most notably through greenhouse gas emissions. And subsidising them has the added effect of stymying the development of renewable energy sources.

Mathias Cormann correctly tells us that subsidies are distorting the market for fossil fuels. They were doing that, of course, for the whole of his 13 years in the Australian Parliament.

There is, fortunately, a great deal to celebrate in current trends and projects concerning Australia’s greenhouse gas emissions. Very little of it, though, is the result of the efforts of our elected officials (with the possible exception of South Australia).

Without a vision the people perish. A ‘plan’ which involves continuing to fund fossil fuels is not a vision.

Photo by Dominik Vanyi on Unsplash