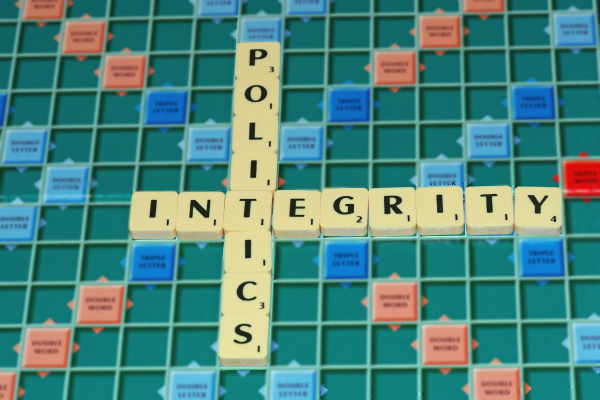 Sydney Morning Herald columnist Jacqueline Maley makes the clear-eyed observation that voters actually expect politicians to lie. Fellow SMH columnist Barney Zwartz takes the view that God is interested in integrity but – as channelled through St Paul – doesn’t have so much interest in politics.

Yet at the end of 2021 the issue of integrity – or more correctly, a lack of it – seems to be defining federal politics like never before.

a parliament that doesn’t have a legislative response to climate change, that dodges the people’s clamour for integrity measures, that commissions a damning review of the way it treats women, hears it, then shrugs and keeps doing it anyway…

As parliament has its break-up day events, Barnaby Joyce pops on the cap of the high school headmaster and warns his party colleagues not to be seen drunk in public. Apparently that’s not a good look any more.

It’s no wonder that an ethical stance on key issues – transparency and accountability, gender and climate – is attracting much attention as Australia gears up for a 2022 election. The ‘Voices of’ movement suggests that even those in the political ‘centre’ have had enough.