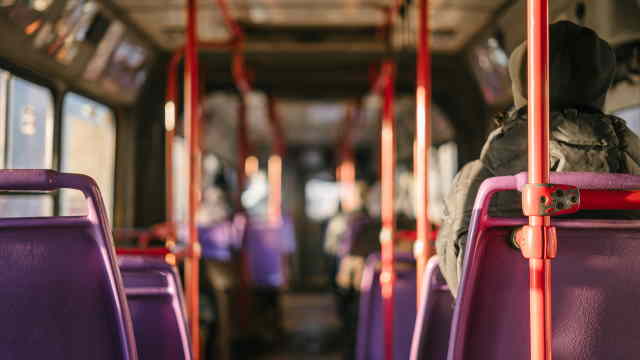 Throughout the pandemic restrictions, I have continued to travel to the Brisbane CBD by public transport for various, quite legitimate reasons.

Whether by train or bus, on all those journeys I have never had to share a seat with another passenger. Until last week.

Returning home in the afternoon, I caught my bus from the usual stop in the City and, as usual, we had picked up a dozen or so passengers by the time we left Roma Street. As we approached an inner suburban stop, I noticed a great crowd of high school students waiting for the bus.

Surely not! But yes, it was happening! The entire nondescript grey horde lined up to get on board.

I estimated their number at 30 plus, so I decided to count them as they entered. I gave up after the first ten or so, as the aisle quickly became too crowded for me to see the door.

The kids were well-behaved and did not shout, guffaw or punch each other. Once the aisle was full, they began to sit next to the adults already there. Eventually, a boy stopped beside my seat, briefly checked me out and, having decided I looked safe enough, plonked himself down beside me.

I was surprised by the unexpected teenage invasion, the first of the ‘events’ on the journey, but was not unduly concerned, as I knew the current Covid stats and understood the probabilities.

As soon as he was seated, my neighbour whipped out his phone. Not a surprise in itself!

Out of the corner of my eye, I could see his fingers (or was it thumbs?) skipping around the screen with an agility that only those whose mother-tongue is Messaging can achieve. What rubbishy teenage site was he on, I wondered. Fortnite? TikTok? I had to take a peek.

What I saw, clear as day, was a detailed map of the USA, red in the middle, blue at the edges, with miniscule captions around it. He remained engrossed in the latest news of Trump’s fall until he reached his home stop 15 minutes later.

I wonder how many 13-year-old American kids know as much about their election as he does? Thank God for the much-maligned Australian education system! Thank God for Aunty ABC and for our other, relatively trustworthy mass media!

Photo by Ant Rozetsky on Unsplash