Getting out of bed 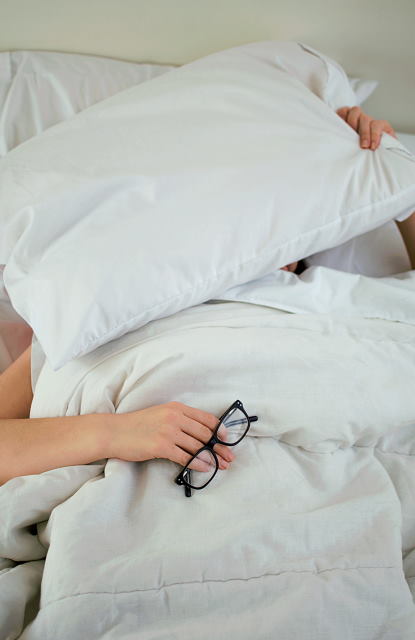 It’s hard to pin down how many Australians identify as atheist, but surveys have suggested that around a quarter of us consider ourselves atheist or agnostic. For what it’s worth, some 30% in the 2016 Census nominated ‘no religion’.

Whatever the figure, religion is rated the least important attribute for we Aussies in describing our identity. Religion brings up the tail behind politics, gender, ethnicity and sexual orientation.

It entirely plausible to believe, therefore, that achieving things for the Lord (or for ourselves, in the form of cultivating cosmic superannuation) is not top of mind for most of us when we get vertical each day – even if we’re ‘religious’.

So why get out of bed?

Survival pops to mind, of course. Back in the day, Debra Geileskey (now Burslem) of the Magnificat Meal Movement could persuade her followers that the Holy Wafer was pretty much all the sustenance she required, but most of us unfortunately need to earn money to meet our energy needs. (Not that Debra wasn’t a good little earner.)

Apart from going to work, a close second for many will be the demands of family life.

At a certain stage, however, I suggest it’s the small goals and interests that loom largest for most of us. Meeting friends for morning tea. Finishing the assignment. Planting that latest rash purchase from the local garden centre. Aching to know if Trump has left the building yet.

Whatever our reasons, those who are in fact motivated to regularly ditch the doona come to face a timeless issue: the fleet-footedness of time.

I’ve heard it suggested that in your 80s and 90s breakfast comes around every 5 minutes. Or, as Robert Dessaix so gracefully records it:

Life is like a roll of toilet-paper, as some wit has observed: the closer you get to the end, the faster it goes until, with a little wobble, nothing’s left.

May we cheerfully continue to rise and shine right through to the final wobble.

Photo by Isabella and Louisa Fischer on Unsplash