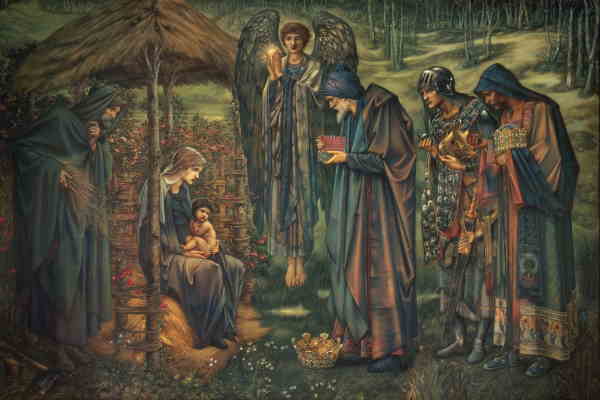 Believing in Santa is apparently good for kids. The same may be true for the story of the baby boy in the manger. It’s when the over-12s cleave to these tales that we should be worried.

Christmas carols with their (mostly) execrable lyrics about a virgin birth, celestial signs and angels are an annual fixture. In themselves they are (again, mostly) harmless, if strictly irrelevant, and like some of the other trappings of the season they can help to engender warm-hearted relations between people.

Could it be possible, however, to have Christmas songs that do this same job but aren’t based on untruths and sexism? ‘Born of a virgin’, for example, is about Jesus not inheriting the ‘sin’ of the literal Adam, passed down since the time of Genesis through the male line, since women are merely vessels which contribute nothing to the make-up of the child (as opposed to half their DNA).

When it comes to religion, though, even in its seasonal secular manifestations, could it be (with apologies to Robert Dessaix in What Days Are For) that the masses don’t want truth, they want familiar folk tales, maypole dancing and sorcery? Would truth kill the Christmas vibe?