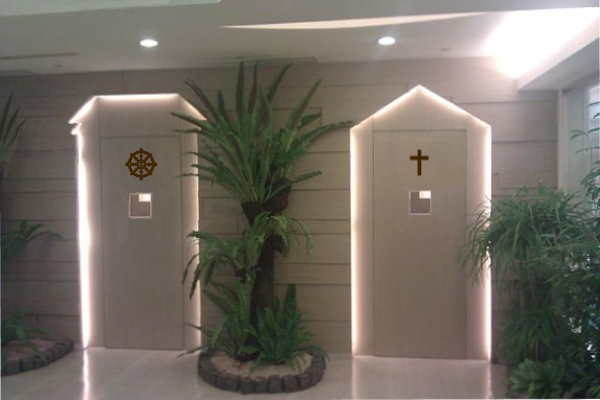 Greg Spearritt considers the history of 20th century Christian theology in dealing with other
religious traditions, and ponders the lessons that might offer for Anglo-Australians
attempting to understand First Nations cultures.

A little less than a century ago the German Protestant theologian Ernst Troeltsch made a radical statement. Christianity, he said, was a “purely historical, individual, relative phenomenon”. 1.

He prefigured by some decades what was to become a problem for Christian thinkers of all stripes: how do we understand ourselves when other religious traditions are appearing “in power among us on our turf”? 2. It’s been argued that accounting theologically for religious pluralism has been as formative for Protestant – and I’d add Catholic – thought as an earlier generation’s struggle with Darwinism was. 3.

Suddenly, as the world began to emerge from the hegemony of colonialism after WW2, the Other was in our faces, and had become more than an easily-dismissed curiosity. It was among us, challenging our long-held belief in the superiority of our own faith. What to do?! There were three main responses.

Christian exclusivism was exemplified by the view of influential Calvinist theologian Karl Barth that Christianity “alone has the commission and the authority… to confront the world of religions as the one true religion”. 4. Needless to say, this approach didn’t result in a great deal of interfaith dialogue. It substantially remains the view, of course, of many conservative thinkers and groups to this day, though I suspect they fall short of the confidence in their views that was possible when the European empires were riding high.

Then there were the ‘inclusivists’. Karl Rahner was the poster boy here. A Catholic, Rahner proposed that sincere people of other faiths could conceivably access salvation, describing them as “anonymous Christians”. 5. He was probably surprised that his idea didn’t go down too well with the Buddhists and Muslims. Condescension is, after all, pretty hard to swallow.

It’s no surprise, however, that the theologians most inclined to actually engage with other traditions were the pluralists. Here we find John Hick, the process theologian John B. Cobb Jr, Wilfred Cantwell Smith, Ninian Smart and others. For them, though each of course had their own particular take, there was a ‘rough parity’ among the world religions.

Even with the best of intentions, however, it’s never easy coming to terms with Otherness. I have argued elsewhere, for example, that for Hick, Smith and the theologian Winston L. King an inability to appreciate the Other as truly Other mars their well-meaning attempts to understand and portray Buddhism. In spite of their best efforts, they frequently fall back into using western and Christian categories such as ‘salvation’, ‘Ultimate Reality’ and ‘faith’. They often assume too close a correspondence between Buddhist and Christians concepts and terms. And they fail to sufficiently acknowledge the diversity and complexity of Buddhist traditions: the Buddhist Other comes across as essentially the same, wherever she or he is found.

A haste in the work of these theologians to pursue common ground – to claim that Christians and Buddhists are actually on about the same Ultimate Reality – leaves those Buddhists who refuse to give up their particularity portrayed as not really knowing their own traditions. No matter what they say, Buddhism actually accesses Christian realities like grace, or it supports a global view that Reality or salvation is what matters and that all particular truth claims are merely mythological. Buddhist recourse to protest – where that is even possible – is futile, since it may simply be seen as further evidence that those protesting have not yet seen the ‘big picture’. As I have (again) noted elsewhere, Bishop John Shelby Spong is culpable here too: he says Buddhists “clearly believe in God” and describes a well-known Buddhist monk as living “inside a God consciousness”. 6.

This all makes me wonder about the extent to which those of us of European descent can truly understand Indigenous Australian cultures.

My default lens for understanding Others in the world is the Enlightenment one of rationality and science. As much as I’m a fan of this particular lens, however, I have to acknowledge that it is a lens. Science is a socially constructed enterprise, bringing with it, at least to some extent, an inescapably western-Christian perspective. It has certainly been a tool of colonial oppression throughout Australian history. The Cartesian dualism on which (in part) it’s based is not shared by many Indigenous peoples: nature and society, for example, do not constitute separate domains in Indigenous thinking, as noted by Fulvio Mazzocchi (p. 22). Mazzocchi has serious doubts about whether Indigenous knowledge and western science can be successfully integrated.

Just as with Christians and Buddhists, apparent correlations between western and Indigenous concepts must be viewed with some suspicion. Sorcha Tormey, in the third edition of the Treaty Matters newsletter, notes that even talk of sovereignty for First Nations people must be approached with care, since it’s a fundamentally western concept.

I’m hopeful that it is possible to apprehend Other cultures or peoples in a way that is respectful and allows those Others to speak for themselves. The pluralist theologians who do this best in relation to Buddhism – and there’ll be others from more recent times (including women!), and from non-Anglo-American countries – include Ninian Smart, John B. Cobb Jr, David Tracy, Don Cupitt and George Rupp. It is probably no accident that these thinkers, much more than those who focus on commonalities and underlying unity, are open to the ways that Buddhism might influence Christian thought and practice. Tracy, for instance, speaks of

the other of the Buddhist who, precisely through the challenge of… radical otherness, can help Christians, especially those sensitive to our contemporary situation of possessive individualism and the terror of transience, to let go, to rethink, to suspect anew, and to retrieve the forgotten mystical resources of our own tradition. 7.

Suspending the urge to be right, and to persuade others to align with our views is no easy matter for westerners, including Christians. We will be all the richer, I suggest, if we do indeed begin to “suspect anew” our own motives and assumptions, and learn the art of truly listening.

Photo by Mutante, CC BY-SA 3.0, via Wikimedia Commons; photo has been altered.