Armstrong, Karen – On the Bible 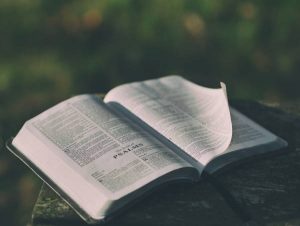 Karen Armstrong On the Bible: Books That Shook the World

A review by Lachlan McInnes

This is the latest book by Karen Armstrong, published in 2007. Karen being the world’s foremost religious historian, her book does not disappoint. It gives a history of the way in which both the Hebrew and Christian Bibles were put together and the way in which they have been treated in the centuries since. As a result this records much of the work of both Jewish and Christian scholars. While much of the book is of interest for its academic value, the later part, especially that dealing with modern times, is of immense significance.

Your writer, when a young university student back in 1934, remembers our history lecturer stating that there were two books in the world by which one could prove black was white and white was black. One, he said, was Dean Swift’s Tale of a Tub and the other was the Bible. While your writer may question the Tale of a Tub, there is no doubt about the Bible.

The Bible is not a source book for proof texts. Rather it contains instructions for the period in which they were written and stories that stimulate among other things, spiritual motivations and directions. The scriptures contradict themselves while different generations and groups interpret them in different ways to suit their own purposes. Thus slave owners, leaders of ethnic massacres and war-mongers have all been able to find justification for their nefarious deeds. There is much violence in the Hebrew scriptures especially but the messianic hope of the Christian apocalypse also has its share. Each has a major share of mysticism, especially in the different interpretations.

The book emphasises the danger that enthusiasm for scripture could foster an exclusive, divisive and potentially evil orthodoxy, Being written in vastly different times and situations, the Bible was not written to provide one particular set of doctrines but leaves it for the person to be stimulated to find his or her own concepts regarding the unknown and unknowable. Revelation is not a once and for all time event. It is an ongoing process that never ends as new situations and new understandings develop.

All writing is to be seen in the context of the time. What was acceptable, perhaps even necessary, in one period may be unacceptable in another. One example of a new interpretation is that of the current Fundamentalism. This is a recent phenomenon and appears to be the product of fear. It is another form of the abuse of scripture and is contrary to the traditions of the past when so many stories were written with an allegorical meaning alone. This was recognised by those who heard or read the stories. Many are contradictory and modern evangelists gloss over this to suit their own ideas. There is need for real education regarding the Bible as there is for the place of the scriptures of other religions in the world such as the Rig Vida of Hinduism, and the various Buddhist writings. They need to be read and studied in an open manner.

Karen Armstrong states that Jews, Christians and Muslims have a duty to establish a counter narrative that emphasises the benign features of their evangelical traditions. Interfaith understanding and cooperation are now essential to our survival.

Let us say Amen to that.