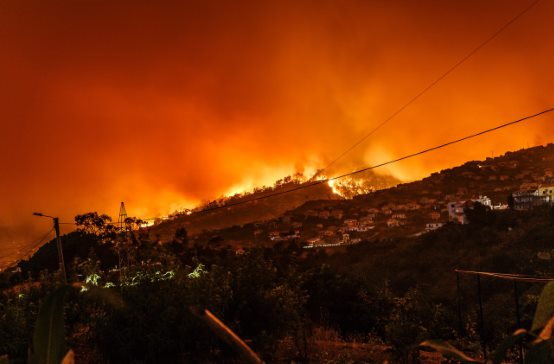 Melbourne writer Matt Holden gives a pessimistic assessment of where we are at the start of the 2020s:

Australia suddenly feels like a coal and gas-fuelled petro-state governed with a heavy dose of white Christian nationalism, despite our cultural, ethnic and religious diversity, and our abundance of renewable resources. The moderate Australia of the 20th century, a responsible global citizen governed from the political centre, is way in the past.

Christian nationalism does indeed appear to be ascendant at a political level. We have superfluous and potentially damaging ‘religious freedom’ legislation prioritised for debate in 2020, the Australian Christian Lobby still pulling whatever political and economic strings it can to promote conservative Christian ideology and the white-Christian-lite One Nation still kicking in spite of a scandal-ridden 2019.

It’s hard to agree, however, with Holden’s last sentence. Australia a responsible global citizen? The first World Climate Conference, held in Geneva in 1979, saw scientists from 50 nations agree unanimously that climate action was “urgently necessary”. In the 1980s, Exxon and Shell were well aware of increasing emissions and the risk that they would warm the planet. Australian governments were clearly aware of serious climate concern by the 1980s, and even the Queensland National Party cabinet seriously considered the issue in 1989.

A ‘responsible global citizen’ with a huge reliance on fossil fuels would have acted by the 1990s and early 2000s, if only in the interests of its own people, to start planning a transition away from polluting industries. Instead, the 1990s brought a facsimile of Big Tobacco’s response to the science on health and smoking, with the fossil fuel lobby and large economic interests, in concert with politicians, derailing genuine climate action. Which is where we are still substantially stuck as the 2020s dawn.

The current Federal Government’s $3.5 billion Climate Solutions Package, though containing some good measures, is to be spent over 15 years. In contrast, the government subsidises the Australian coal industry to the tune of almost $1 billion every single year through the oil-diesel fuel rebate and accelerated depreciation.

The Climate Council’s Greg Mullins, a former NSW Fire Commissioner, is among those responding to the unprecedented firestorm engulfing huge swathes of NSW and Victoria. He is quoted as wishing that

“our Prime Minister will read some of the scientific papers on climate change and bushfires, start to listen to experts rather than the coal industry. It becomes a huge moral question. Are we prepared to subject future generations to even worse? I am not, and my colleagues are not.”

At present it all feels apocalyptic. No doubt the fires will eventually go out and the drought will end, but the effects of the displacement and destruction they have caused will be with us for much longer. And the next set of disasters turbo-charged by climate inaction could be upon us at any time.

The big question is whether these events (replicated in multiple fire and flood disasters overseas) will be a turning point. Could Australia repent of its recalcitrant role at Madrid and actually start to become a responsible global citizen?