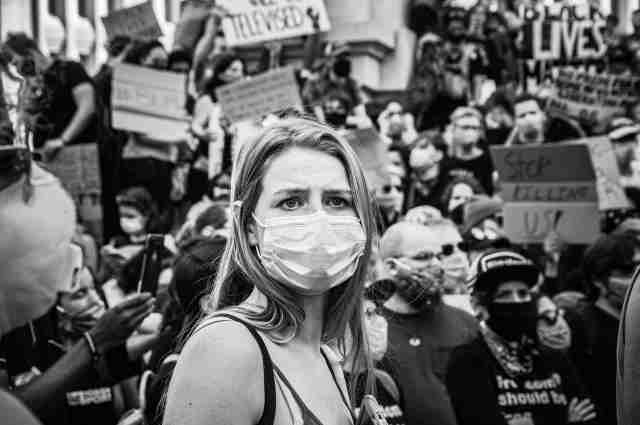 The metaphoric use of ‘woke’ reached mainstream Australian media only during 2020 – when there were lots of more important issues to worry about. It appeared to be used as a derisive term for any annoying or stupid Left-wing person, practice or language that aroused the ire of the Right-thinking commentator. ‘Heavens’, I thought, ‘I might be woke myself’.

But I knew from past experience that the term had probably been around in this sense for some time. I also guessed that its use might have undergone a sea-change or two. Many adjectives have crossed over from approbation to derision, or vice versa. I’ve written before about terms of abuse that have been appropriated by the abused as a badge of honour – ‘desert rats’, ‘nigger’, ‘blackfella’, ‘queer’ and so on. However, I wondered if ‘woke’ had moved in the opposite direction, from ‘in word’ within a segment of the progressive community to all-purpose term of derision.

My intensive, minutes-long research at Bing University proved that I was probably right. (As you see, we woke folk have already moved on from the evil, big-business Google Uni to the worker-friendly Microsoft Bing, because Bill Gates is definitely woke. By billionaire standards, of course.) According to Prof Bing’s first website hit, ‘woke’ began in the African-American community meaning ‘perceived awareness of issues that concern social justice and racial justice’. Credit for its reaching wider usage is sometimes given to the rapper Earl Sweatshirt in his rap ‘Still woke’ more than a decade ago.

Nevertheless, I shall shirtfront anyone who calls me woke, because it’s lazy and is meant to be offensive. It is particularly offensive because the ideals of ‘wokeness’ are generally benign, compassionate and life-affirming. At the same time, I shall continue to be anti-woke myself when woke activism goes too far. I have to acknowledge that, very occasionally, it can be a case of ‘political correctness gone mad’, as Sky News claims.

Photo by Edrece Stansberry on Unsplash