Two places at once 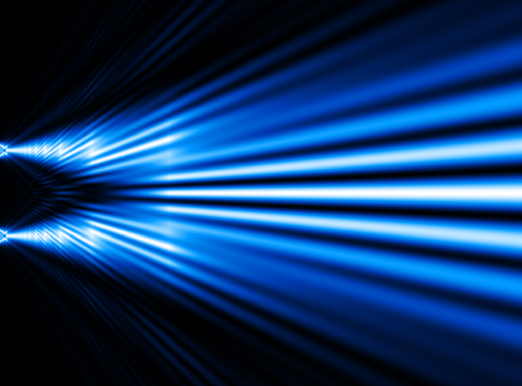 Two places at once

Much as we might sometimes like to do it, we simply can’t physically be in two places at once. Not so, however, for the fundamental particles that make up our universe.

It’s long been agreed, on the basis of the double-slit experiment, that photons or electrons can in fact be in ‘superposition’, taking two different routes at the same time. Until now, however, that’s been on the basis of statistical analysis: firing electrons one at a time at two slits leads, over time, to an interference pattern on a screen behind, meaning each particle must have been ‘interfering’ with itself (akin to the way two overlapping waves interfere) and thus each particle must have gone through both slits simultaneously.

New research has now been able to show not only that a single particle has in fact gone through both slits, but even the proportion of it that went through each slit.