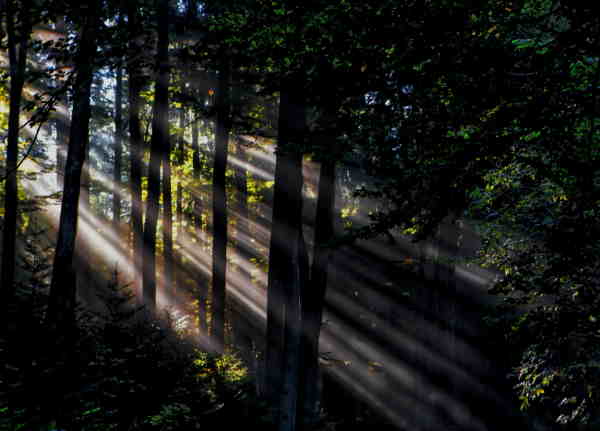 God, it’s said, moves in a mysterious way. At least, English poet and hymnodist William Cowper said as much in his 1773 hymn ‘Light Shining out of Darkness’.

Cowper was a fervent Christian, but struggled with mental health throughout his life, attempting suicide three times.

Cowper’s hymn advises that we should “Judge not the Lord by feeble sense” and concludes:

Blind unbelief is sure to err,

And scan his work in vain;

God is his own interpreter,

And he will make it plain.

In the case of AFL star Gary Ablett, a mysterious use of radio waves early in his career ‘made plain’ the presence of a benevolent Lord. Ablett came from a family of fervent Christians but had allowed his faith to slip and at age 21 was experiencing something of a crisis. It was an apparently coincidental set of TV programs neatly addressing his particular set of problems that persuaded him God was on his case.

Personal experience (let alone with a background of prior conviction) is undoubtedly a powerful force.

Even some atheists, however, can interpret events in a life-changing manner as the workings of God. And there is no shortage of non-believers converting.

Coincidence or God moving in his mysterious way? Interpretation, I’d argue, contra Cowper, is pretty obviously in the eye of the beholder rather than in God’s. Why you’ll jump the way you do when your own intensely personal experience occurs: that’s what I see as the real mystery.