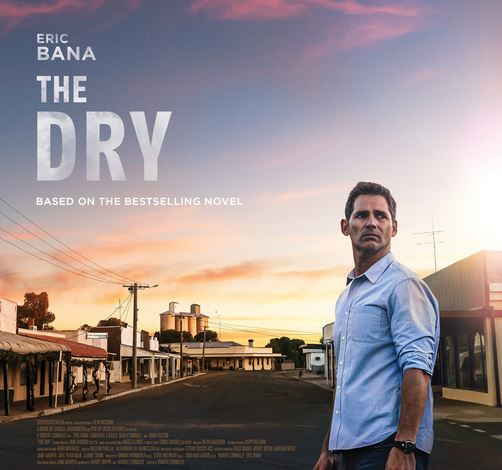 We are still being blessed with a raft of fine Australian movies appearing at the cinemas (who needs Hollywood blockbusters?). Among them are Penguin Bloom, a well-made film based on the book of the same name, where the beautifully trained magpies that play Penguin steal the show in this bird lover’s eyes, and High Ground, a well-recommended but apparently very violent film about conflict between white and indigenous Australians (I haven’t seen it yet).

One of the best is undoubtedly The Dry, a taut thriller based on the book by Jane Harper and set in a small country town where the searing drought has caused high levels of emotional tension among the locals. David Iliffe from the ABC gave it 10 out of 10, and I am hard pressed to fault it in any way.

The Dry features high quality direction and acting from a polished cast led by Eric Bana as Aaron Falk, a Federal police agent who returns to the small town where he grew up to attend the funeral of his childhood friend Luke, who has apparently shot himself and his wife and child. Luke’s parents (Julia Blake and Bruce Spence) ask him to stay and investigate the incident, but the townspeople are suspicious of Aaron. They believe he is somehow implicated in the death of a teenage girl some years ago, and lied about his whereabouts on the day of the young girl’s death.

Aaron is a morally tainted hero, as he works to find the truth about the apparent murder-suicide, and to clear himself from the suspicions swirling around him concerning the earlier death by discovering what actually happened. He works alongside the young local policeman, sensitively played by Keir O’Donnell, who has been traumatised by being the first responder in the case of the recent deaths.

The director (Robert Connolly) and the cast skilfully raise the tension level through numerous twists and turns and flashbacks, right up to the extremely dramatic finale when all is revealed about the recent and earlier deaths. Throughout the film, the dryness suggests that both the landscape and the mental state of the locals could easily catch fire at any time, and this does in fact happen at critical stages.

It’s hard to single out any of the actors for special praise – they are all excellent, and the Australian film industry is indeed fortunate to be able to draw on actors of such quality.

If you like thrillers, this is one not to be missed!

I too enjoyed this well-crafted movie.

It raises, as Marie notes, the question of moral taint. It’s a well-established trope in films to have a character making apparently inexplicable, poor or morally questionable decisions for what are ultimately good (and finally revealed) motives. But this is also a common human experience. We don’t always have the chance to explain our motives, and they can be easily misconstrued. Parents, for example, need to sometimes appear hard-hearted if they wish to cultivate independence in their offspring, yet that can be an expression of love.

The Dry doesn’t explore the moral dimensions of Aaron’s duplicity: it’s more of a plot point, hardly original, but effective. You would see this movie for the well-executed drama (and, in my view, for the landscape), but like any good work of art there are further layers to discern and digest.