Star of Taroom – a journey of the heart 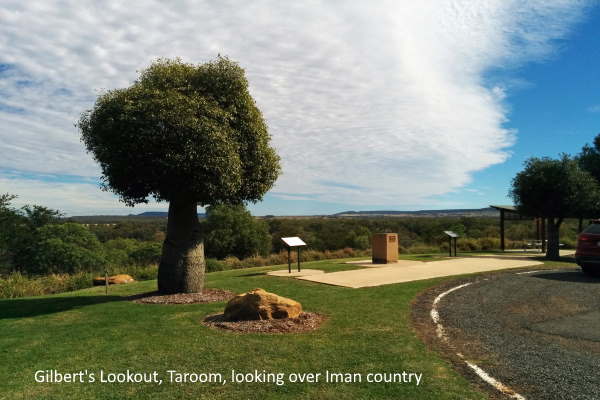 Star of Taroom: a journey of the heart

This is a story of the righting of a wrong, an active acknowledgement and a physical expression of Makarata.

In 2017 the Uluru Statement was the product of a gathering of First Nations people. It seeks recognition of the original people as equals in what has been the land of their ancestors for 65,000 years. ‘Makarrata’ is a sound from the people of central Australia that means truth telling / conflict resolution. When the Uluru Statement was presented to the Federal Turnbull Government it was dismissed out of hand – much to the shame and disgust of thinking Australians.

When our politicians don’t have the courage, or don’t feel the need, to begin the process of healing, the task must be taken up by citizens of higher moral fibre. Such a man is John Danalis.

This is the story of one man’s efforts to redeem past mistakes and transgressions.

45 years ago Jim Danalis was a young Veterinary Surgeon with a rural practice. Jim was interested in unusual artifacts and often brought home things of interest to his Brisbane home. A sandstone groove stone weighing 160 kilograms was brought to his attention. As was deemed acceptable at the time, he thought this remnant of an ancient culture would be an interesting conversation piece in his suburban back yard. He engaged a farmer with a tractor to dislodge the stone and transported it to his home in Brisbane. There it remained until July this year.

The stone was a significant marker in the Country of the Iman people. The Iman courageously resisted the invasion of their country – and as a consequence, were brutally suppressed, murdered, and excommunicated from the land on which they had been custodians for millennia.

As a child, Jim’s son John thought the grooving on the stone resembled a star that had fallen to Earth. He called it the ‘Star of Taroom’.

With time Jim questioned the ethics of his souveniring past and decided it would be morally correct to return the stone to its original place. Unfortunately, Jim succumbed to cancer before he could achieve this goal. Jim had spoken with John about his soul searching before his death and a year later John decided to complete the redemption that his father had planned.

What was initially planned to be a 5 hour drive back to Taroom with the Star in the back of a ute became a Pilgrimage that would take 23 days and traverse 500 kilometres through the country of at least 8 separate tribal groups. He received the blessing of the Iman people from whom the stone had been stolen. He was given permission and support from the peoples whose land he would traverse. He engaged the expertise of a master bicycle frame builder to manufacture a two-wheeled barrow that was strong enough, yet light enough, to carry the Star over what would be, on occasions, difficult terrain. With a small group of dedicated friends he established a route and found places where the participants could stay over nights. Permission was gained to traverse private property as appropriate. The project was publicised, so people who felt the calling could participate.

On the 3rd of July, 2021 the voyage began. At the outset the Corona pandemic, with attendant restrictions, brought difficulties to be overcome. This was the first of many challenges. All would be overcome by positivity and perseverance. The Pilgrimage attracted the best of people, and brought out the best in them. This was also a trek of the heart.

At an average of around 20+ kilometres a day the pace was demanding and many a blister and cramp had to be managed. Volunteers came and went as their available time permitted. Many conversations were had around campfires. Many stories enriched the privileged few who could participate. I raised the issue of the Australian flag flying higher than the Aboriginal and Torres Strait Islander Flags – I consider this to be an expression of colonial arrogance. We need to show respect for what is one of the oldest cultures on the planet.

During my limited time spent on the expedition I saw Indigenous people walking with whites, pensioners walking with 15 year old boys, all ages and genders together. The sense of camaraderie and shared aspirations ameliorated any discomforts and nourished a feeling of moral correctness.

Bringing the Star towards its home through the night under a rising moon accompanied by a herd of inquisitive cattle was a memorable experience. It was a gratifying thing to do, in the best of company.

The final night was spent 11 kilometres out of Taroom, off the Cracow Road outside Bundalla Station. This open area was once the place where the surviving Iman people were corralled before deportation from their own land. The overcast conditions and occasional showers created a feeling of introspection. The venue was spartan, but the full moon, when it broke through, powerfully reminded us of a sense of purpose.

The ABC and NITV (National Indigenous TV) were in attendance.

As the sun rose in the east, the moon gave way in the west, and the stage was set for a most memorable day. We 20 or so set out towards Taroom and along the way we were joined by more and more people. A local policeman walked with us and had his turn carrying the Star on its homeward journey. The day was full with the breaking down of barriers. The people had spoken.

By the time we reached Taroom the procession had swelled to perhaps more than 500 souls. Amongst us were First Nation people from at least 5 different tribal groups, walking harmoniously together with the later arrivals – immigrants over the last couple of hundred years.

When we arrived at the Taroom showgrounds the crowd swelled considerably. There was a smoking ceremony to invite the tribal ancestors to join us. A welcome to country in Iman language, then English, was followed by traditional dance. Representatives from both black and white members of the community paid respect to the Star, and all that it symbolised. We ate together. A significant act of Reconciliation had been achieved.

We then carried the Star to its final resting place at the Taroom Museum for the opening of the Wardingarri Keeping Place. Thousands of Aboriginal artifacts are stored here until they can be safely returned to Country. The advent of Coal Seam Gas mining in the area has necessitated the removal of many of these artifacts to a safe place.

At the opening of the Keeping Place we were welcomed by Uncle Stuart White and Aunty Heather Tobane (amongst others). John Danalis spoke of a need for respect, and for community supporting community.

I consider this to be the most significant act of Reconciliation that I have witnessed, and was honoured to be able to participate in it.1.