Now, then: what’s all this about Time? 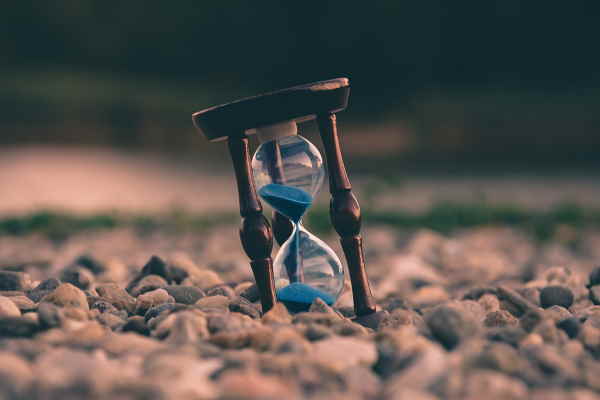 Now, then: what’s all this about Time?

What is time? “If no-one asks me,” says Augustine of Hippo, “I know what it is. If I wish to explain it to him who asks, I do not know.”

The mystery of time is profound. It’s a conundrum which, in the words of Philip Larkin, “Brings the priest and the doctor / In their long coats / Running over the fields.”

Time is inherently bound up with being, and modes of being are culturally constructed. Don Cupitt reminds us that we “don’t see the world raw: it has to be culturally cooked in order to be seen.” 1. The cooking, of course, is mostly invisible to us: we just see the end product, which we usually take to be nothing other than the natural order of things.

Thus, in our ethno- and culture-centric way, we tend to assume the WEIRD individual stands for Everyperson. (WEIRD: Western, Educated, Industrialised, Rich, Democratic). 2.

Our linear view of time as something that flows from past to future is perhaps most strongly a WEIRD perspective. We westerners tend to take a teleological view, as though we’re progressing towards an end point. Robert Dessaix explicitly rejects this as he ponders the inevitability of decay and passing away:

Don’t you ever think, when you see a bus go by, with all those people sitting up in it facing the front, their hair combed, their tickets in their pockets, their shoes chosen to match their coats, that they think they’re going somewhere? And that it’s ludicrous? 3.

As individuals we WEIRDos are mostly concerned with our own lives and goals, where change and progression are obvious: the development of abilities, for instance, followed by their (much-lamented) gradual dissipation. Experiments have shown that we tend to focus on key objects in our surroundings. People from more collectivist cultures, in contrast, pay more attention to physical and social context. (The ’dark emu’ idea is an example, where Indigenous Australians typically see the connective spaces in the night sky as significant, as well as the stars.) Social wholes are more cyclical, and more deeply connected to cycles in nature. 4. Time isn’t necessarily heading anywhere, but nor is it simply re-running like episodes of M*A*S*H: rather, it’s constantly renewing.

This is not, of course, a completely alien idea even for westerners. Christmas, Easter, Australia Day, Anzac Day – they all keep coming around, giving shape to the year. The Christian celebration of a dying, rising, annually reborn God was, at least in its origins, connected with nature, with seasons and harvests.

Is time an illusion?

Western science provides intriguing, if confusing, insights on time. Einstein was of the view that “the distinction between past, present and future is only a stubbornly persistent illusion.” His theory of general relativity supports that idea, but it clashes with implications from studies in quantum mechanics. Real particles actually going backward in time seems to be a thing in the realm of the very small.

And time is not absolute: it depends on where you are (e.g. in a gravitational field) and how fast you’re travelling. The twin who spends time in space, for instance, returns to find they are younger than their sibling. 5.  The relativity of time has real world implications, for instance for your car’s Satnav system.

Moreover, no two events, if separated in space, can be said to happen simultaneously. They may appear that way to a stationary observer, but another who is moving can see them happen sequentially. ‘Now’ is relative.

We are often urged to ‘live in the present’. But does the present actually exist? If you and I share a cuppa and a chat, we seem to be talking to each other right ‘now’. Our ‘nows’, however, can never exactly coincide. Everything you say and do arrives at my senses and is processed after the event. Indeed, even hearing my own words involves sound (pressure) waves travelling to my ears, stimulating fluid and subsequently stereocilia in the cochlea, and being changed from a chemical to an electrical signal that is then transmitted via the auditory nerve to the brain, where it is processed. It seems if there really is a present, we can’t actually experience it as it happens.

Is time an illusion, then? Or is it truly a ‘thing’, with directionality, that flows? Or is it merely a function of human consciousness and the way our brains are structured, as an evolutionary adaptation to aid our survival?

[t]o uncover the deep and hidden connection between time and existence…is a task for the future.

Assuming there is such a thing as the future.

The experience of time

We all experience the asymmetry (the ‘arrow’) of time. We remember the past, not the future. We visibly age, in line with the Second Law of Thermodynamics: entropy increases.

We also experience time’s elasticity. The length of a minute, as they say, depends on which side of the toilet door you’re on. Time can seem to disappear if you’re engrossed in creative activity, but can stretch forever as you wait for a bus.

There is some evidence that an animal’s size and metabolic rate affects the way it perceives time. This makes sense: a fly must respond very quickly to the danger of being swatted, but elephants face much slower-moving threats. Flies see the world, by our standards, in slo-mo. The larger you are, and the slower your metabolic rate, the faster time appears to pass. My elderly father claims that sometimes breakfast seems to come around every 5 minutes. Conversely, you probably remember those interminable afternoons as a child waiting for the school bell to signal 3 o’clock.

Our take on time

Whether it’s ‘real’ or not, if we live long enough most of us come to see time as fleeting. The 2 year-old is suddenly 22, then 42. How did that happen?, we ask.

Like most things in life it’s our response that is the one thing we can control (assuming we have free will… but that’s for another day). As I’ve noted elsewhere, Don Cupitt speaks of “The winged joy, the non-clinging, non-acquisitive and transient happiness of those who can truly say yes to time.” 6.

Within reason, living in the present – even if it doesn’t strictly exist! – has something to recommend it I think. 7.  Whether Eckhart Tolle’s The Power of Now makes you want to chew off your own arm (as one reviewer suggested) or strikes you as the most profound thing you’ve ever read, its main message of choosing to focus on the beauty and love around you – while you’re here – sounds like a worthwhile habit to cultivate.

The asylum my mother was locked away in at the end of her life was chock-a-block full of people who were living in the moment… Her neighbour Ronnie from up the corridor, for instance, banged out ‘I’m just a girl who cain’t say no’ on the piano all day every day for eight hours at a stretch because he was living in the moment.  (What Days Are For: A Memoir, p.103.)

Robert Dessaix What Days Are For: A Memoir (Vintage, 2014)

Photo by Aron Visuals on Unsplash