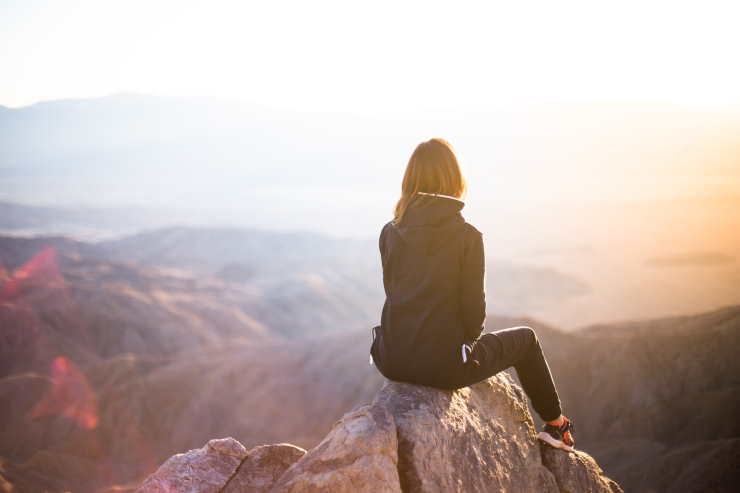 “Young shift away from religion” was the headline of an article in the 2018 Christmas Eve edition of Brisbane’s Courier Mail.

With the elimination of religion, specifically Christianity, what is to provide the moral guidance for young people in the future? Do we need moral guidance? Consciously or more likely, without being aware of it, we absorb principles on which we make decisions, from a variety of institutions. These can include, parliament, lawyers, schools, newspapers and novelists, the Universal Declaration of Human Rights – and cricket. Until recently in the Western democracies this included Christianity.

Christianity has fallen away in the popular and intellectual mind for this generation and is now on the way out. Perhaps it is time to do away with institutional codes for living. Currently we in the Western world, for good and often ill, are living on the ethical capital of 2000 years of Judeo-Christianity.

Firstly, our Western cultural and ethical systems have arisen within a framework that came from European thinkers immersed in Christianity. They were pioneers of the enlightenment who challenged religion, for example they reacted against the contemporary influence of Christian dogma.

Secondly, for the purpose of this discussion we are assuming the demise of ‘religion’ but, in Australia, non-Christian religions are actually increasing in numbers. Here are some figures I pulled from the Internet:

So Christianity has been, and numerically still is, the dominant religious force under challenge, just as the original ‘religio’ was the combination of beliefs and practices which bound the Roman Empire culture and was challenged by Christianity. You may recall the story of Paul and Barnabas, and why they were brought to trial and thrown into prison. The prosecutor charged that they were advocating customs that were not lawful for Romans to adopt or observe.

I understand that historian Gibbon, blamed Christianity for wrecking the cohesion of the Roman Empire. If we were in Saudi Arabia we could discuss this issue in terms of the discarding of Islam as a community binding force, in Israel of doing away with Judaism, in India the collapse of Hinduism. In China you have Communism as a binding force and we note their antipathy towards movements such as Christianity and the Falun Gong.

What about a future world-wide religion?

Another statistical aside from the Internet: Muslims represent nearly a quarter of the world’s population and will become the largest religious group on the planet later this century. Over 60 percent of the world’s Muslims reside in the Asia-Pacific region. So we had better get used to it.

But let us move on. Let us roll with the current mood of Western society and dismiss Christianity. What happens when we make a fresh start?

Some take a negative view. Others read the positive into how human beings come to relate to one another. William Golding’s classic Lord of the Flies depicts the outcome as anarchy. Anthropological studies, however, suggest that people from pre-literate societies do learn to band together and cooperate with one another. Such cooperation, though, tends to be restricted to within the tribal group. It is not necessarily the way to universal harmony. Aboriginal religion and earlier Hebrew religion were linked to their geographic locations. This is typified by the ‘dream time’ formation of the landscape in Australia, and for the Hebrews laments such as ‘By the Waters of Babylon/There we sat down and wept/How can we sing the Lord’s song in a strange land?’

These early attempts at building community were backed up by supernatural entities as typified by the pantheon of Gods backing religion in Rome. Pre-literate societies had their animistic spirit worlds to keep people in line.

But in this 21st century of knowledge, enlightenment and travel to the moon, the supernatural is not tenable. Perhaps being adrift “all at sea” (without a rudder?) is not a bad thing. ‘Doing the right thing’ may just come naturally. We may not need institutionalised principles.

On the other hand, if we do see a need for bases for decision and action we may still seek to find that moral guidance from our secular ideologies and institutions as millions have sought to do down through the ages. We have instituted, parliaments, law courts, schools and so on and cricket.

Nevertheless, we do individually arrive at principles which we apply when making decisions. I wish to move on, leave the broad picture and invite you to examine what influences guide you when trying to decide what to do in given circumstances. The principles may come from governments, courts and schools and cricket but let us leave Christianity out of it, especially its supernatural manifestations.

Broad examples of our sources might include Democracy, Communism, culture (how often now do we define “doing the right thing” by whether it is Australian or non-Australian?) family, atheism, humanism and so on. The big one on the broad scale is perhaps nationalism. We have been reminded of this currently with the centenary of the end of World War I and the emergence of Trump, Brexit, and Putin’s hypersonic defence system. During the recent electioneering I drove past Clive Palmer’s latest bill board. ‘Put Australia first. Make Australia Great’, it shouted.

You may like, particularly when interacting with your grandchildren, to reflect on how we may cope in a nonsupernaturalist world. When examining the demise of Christianity and what might replace it for moral guidance I was thinking in terms of institutions. More fundamental, however, is the questions of the principles on which those institutions are based. Some institutions, of course will function with a combination of principles. All will probably like to class themselves as “doing the right thing”. The United Nations Declaration on Human rights could be seen as one attempt to introduce a universal moral code. One criticism of such an approach is that more may need to be said about human responsibilities to be placed alongside human rights.

But the principles can clash. A classic case may be where a parent believes theft is wrong but will steal bread to feed a starving child.

Some examples of principles, usually competing with each other, which may influence our decision making and lead us to make moral decisions one way or another are:

Assuming we have a completely neutral society in terms of religion and ideology, what guidance principles might we apply to these situations?

Photo by Denys Nevozhai on Unsplash