Is science a form of religion? 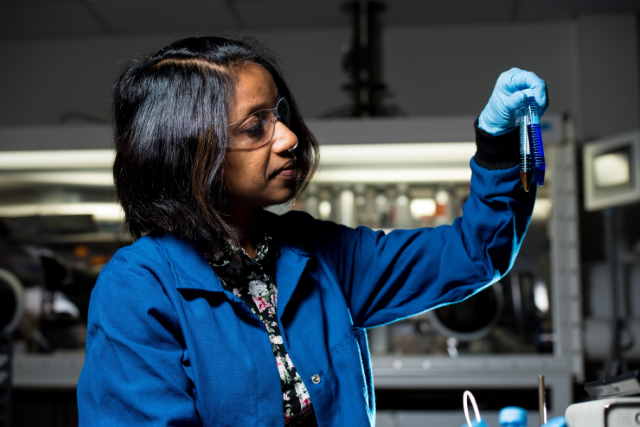 The suggestion is sometimes heard that science is a form of religion.

This idea begs three questions: the obvious one, ‘is it true?’; but also the fundamental questions, ‘what is religion?’ and ‘what is science?’.

How wide is a piece of string? Clearly there’s a limit, since at some thickness it must become rope, but between ‘thread’ and ‘rope’ a good deal of variation is possible.

Forms of what we would want to call ‘religion’ vary widely. I submit, however, (and it’s hardly an original thought) that religion is a set of belief-and-practice customs which, despite their differences, bear a ‘family’ resemblance.

The hallmarks of that resemblance include such things as devotion; a sense of tribal or communal identity; conviction that there is a capital-T Truth about existence; belief in a deity or higher power; and supplication to that power to smooth the way in life.

Any specific religious expression, of course, may not exhibit all of these. Like art, you generally know it when you see it, even if you can’t pin it down in words.

There are interesting similarities when it comes to science.

Its practitioners are (hopefully) devoted to the scientific method, and although that probably doesn’t involve offerings of fruit or flowers, it can be accompanied by a more or less evangelical fervour to promote the use of and respect for this method.

As a way of knowing it may be given a pride of place that reminds one of a higher power.

At least some of those who value science seem to view it as an identity issue: it distinguishes them from the gullible who lack rigorous standards for determining what’s true. Truth also, for many in the science world, is spruiked (sometimes snootily) as an alternative to the waffle of those postmodernists for whom nothing is True and every option is as good as any other.

And there is a view out there that science and technology will provide the answers to the problems of our human condition.

These similarities, though intriguing, mostly relate to a parody of science.

To be sure, science is a human cultural endeavour. It is practiced by humans, and humans are notorious for cheating, for self-aggrandisement and for unwitting bias. It is not always practiced well.

This is an important point. There are all sorts of ways in which scientific studies can skew or misrepresent reality rather than illuminate it. And bias, up to a point, is inevitable.

When science is done well, however, it is modest about its reach. It cannot tell us about whether there is a god or about the point of existing.

If an idea or proposition is testable, though, science comes into its own. The scientific method is our best shot at avoiding our apparently irresistible inclination to fool ourselves.

A reliance on empiricism, on evidence as far as possible untainted by our desires and assumptions, gives us a level of confidence in its findings, if not always in the interpretations of those results (especially when they fall into the hands of politicians and interest groups).

Let’s be clear: science is not about Truth, though. Sabine Hossenfelder of the Nordic Institute for Theoretical Physics in Stockholm, observes that “Physics is not about finding Real Truth. Physics is about describing the world.” It’s an activity within language.

It is, nonetheless, damned useful, as anyone who has ever driven a car, taken antibiotics or used a mobile phone can attest.

It can help us understand where we’re gong wrong, and why, for instance, there were 33 days in 2019 where the national Australian daily average maximum temperature exceeded 39 degrees, compared to just 24 days that hot in the 58 years from 1960 to 2018.

The Intergovernmental Panel on Climate Change (the IPCC) is a good example, in fact, of the avoidance of over-reach. Findings are rated on confidence levels rather than presented with certainty as ‘facts’.

Good science sits light to its conclusions: if the evidence changes, views must change. Indeed, the best scientists are those who welcome evidence that shows their ideas may be wrong.

Is science a form of religion?

I don’t know too many religious people who would welcome evidence to suggest that their beliefs were wrong (or their practices harmful). In far too many cases, religious belief is unfalsifiable and impervious to evidence that does not support the belief.

Science, in contrast, is (at least ideally) as professor of evolutionary biomechanics John Hutchinson (quoted by Verlyn Klinkenborg) describes it:

“The ground we walk on is that of science itself: clear, reproducible data and tools, a spirit of sharing and professionalism, and open-mindedness.” 1.

Is science, then, a form of religion? Only, I suggest, in the minds of those who do not understand science.