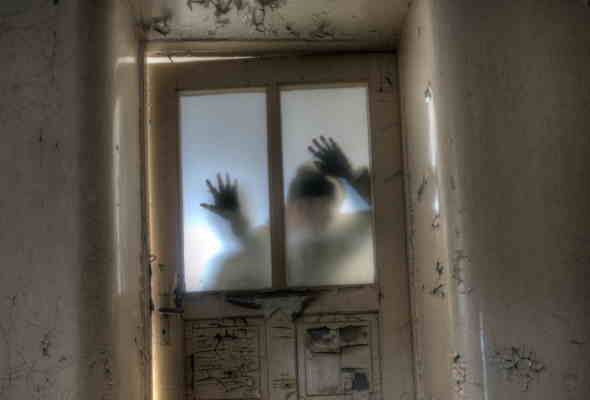 What is the enduring appeal of horror/suspense stories, tales of the supernatural etc., in the rational and scientific age in which we live?

I have been pondering on this since seeing a Gothic suspense/ghost story play, “The Woman in Black”, at our local Repertory theatre. While booking for the show, I learned that this play is the second longest running play in the West End of London behind “The Mousetrap”! And I wondered why this is the case.

The horror/suspense genre has quite a lengthy history, going back to Dracula and Frankenstein and the Hound of the Baskervilles, and is clearly still flourishing now. “The Woman in Black” has all the classic features of a Gothic tale – bleak and dismal moors, an old dingy haunted house, creaks and screams in the night, spooky music and lighting, and a malevolent ghost with whom it is unwise to tangle because something very nasty will happen to your family members.

Perhaps part of the appeal is to thrill seekers – undoubtedly there is an adrenalin rush in all these stories, intensified according to the level of horror that is being portrayed. Some research seems to indicate that more men than women relate to this factor, but it cannot explain everything. Perhaps there is a cathartic effect, in that we become so involved in the action that our negative emotions get swept up and carried away by the drama. It is also possible that there is an ongoing fascination with the supernatural. Even though our rational minds may dismiss the possibility of a supernatural realm whose denizens interact with humans, I think there is a subconscious feeling in many of us that such a realm does exist, together with a desire to explore it and an intense, even morbid, interest in the interactions that one may have with this realm.

As to why I wanted to see the play – well, I do like a good suspense drama. Mostly I see or read crime thrillers, but the supernatural element of this play gave it an extra dimension which piqued my interest, and I admit to a bit of an ongoing fascination with ghosts. I always think that the best thrillers do not make violence explicit (I don’t go to watch them if they do, because I hate witnessing violence), and this play builds up the tension of awful supernatural events which happen off stage but are nonetheless terrifying for all that.

There was an interesting postscript to the evening. As we sipped our cuppas at interval, I was telling my companion about the alleged ghosts that haunt the Repertory Theatre, and the two women next to us were also talking about one in particular, which is said to lurk under the back stairs and grab people’s ankles as they go up and down the stairs. We were sitting near the back door, which all of a sudden slammed violently. No-one was coming or going, and there was no apparent gust of wind. We all jumped a foot off our chairs. Had the resident ghost been stirred up by the play and heard us discussing it? Did it decide to make its presence felt? Who can tell… I did consult my companion, who is a spiritualist, but she did not want to offer an opinion nor to walk down the back stairs and see if there was anything there! Anyway, I did manage to sleep well once I got home!

What do others think?

Photo by Nathan Wright on Unsplash