Grenville, Kate – A Room Made of Leaves 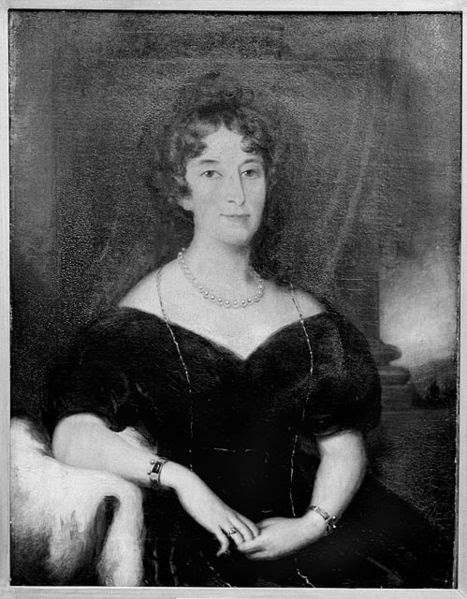 This is the latest novel from Kate Grenville, a celebrated Australian author whose novel The Secret River became an international best seller and was adapted as a television miniseries.

Like that novel, A Room Made of Leaves is set in the early decades of the colony of New South Wales, and purports to be a transcription of recently discovered memoirs of Elizabeth Macarthur, wife of the notorious John Macarthur. Grenville is somewhat disingenuous here (spoiler alert!), as it is not till a note at the end of the novel that she reveals that she wrote these supposed memoirs.

The novel creates a picture of an intelligent, competent woman on a long quest to find her own identity. Grenville has consulted early official documents and letters, including those written by Elizabeth, from which she quotes, and has followed the course of historical events fairly closely, but the novel is in essence a work of fiction.

John Macarthur does not come out of it well, being depicted as a boor, a bully and a political manipulator who challenged authority while seeking to further his own ends (and in fact history bears out this last characteristic).

Grenville paints a picture of an unhappy marriage, and seeks to explain why Elizabeth may have married a man of low social status and obvious personality flaws, and how the marriage played out in early colonial society. Her Elizabeth is not averse to some manipulation herself, finding ways to influence her cold and scheming husband in the interests of family peace and harmony.

Elizabeth finds love for a time with an officer of marines, who is instructing her in astronomy and botany, and who introduces her to some of the local indigenous people. Throughout the novel she develops some sensitivity to their situation and their needs, while feeling guilt that she is one of those who have dispossessed them, and is not about to hand back the land which has become home to her.

This is one of the weaker aspects of the novel, where it seems that 21st century sensitivities have been written back into the mind of a nineteenth century woman.

This raises the question of how authentically we can reimagine people from previous centuries without projecting some of our own interests and prejudices onto them. Grenville acknowledges her gratitude to the Darug Custodian Aboriginal Corporation and the Metropolitan Local Aboriginal Land Council and to particular individuals within these organisations. Clearly, she spent considerable time with them exploring aspects of shared history, and sought not to be blind to her own cultural blindness. Perhaps, on this issue, she over-compensated.

Grenville credits Elizabeth and the convict overseer with doing the work to develop the flock of fine merinos while her husband is engaged in his political manoeuvrings and then absent in England for two lengthy periods following acts of insubordination, a suggestion which seems quite feasible given John Macarthur’s character.

Grenville writes beautifully, with delicacy and a lightness of touch, particularly when exploring the mind and emotions of her central character, and Elizabeth’s growing appreciation of and love for the Australian landscape.

We cannot know for sure what the real Elizabeth Macarthur was like, but this is a thoughtful and profound portrait of the kind of woman she may have been. Recommended!