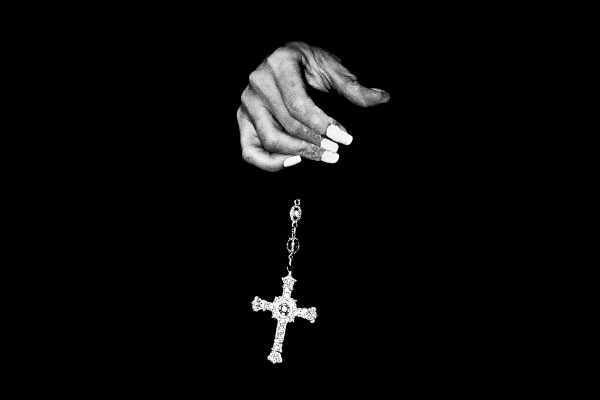 For someone who has been steeped in religion for a long period, moving away can be difficult.

Being ‘inside’ religion gives an individual a comprehensive set of supports: a community of warmth and connection, a moral framework through which to negotiate life and a sense of the transcendent. Perhaps most importantly, it provides a set of narratives that can underpin a strong sense of self within the cosmos.

The religious narratives are some of the building blocks that construct a sense of reality, identity, and sense of society. Because those narratives are shared within the religious community, they underpin relationships and allow a degree of familiarity and strength of friendship that cannot be as easily attained with those ‘outside’ religion. Individuals who are religious are immersed in a system of supports. This immersion enables individuals to flourish in life.

Moving away from that support system involves a profound sense of loss. For many it can be very freeing but there is a loss that affects almost every area of an individual’s life to some extent.

Generally, religion comes to us via religious institutions. These institutions have teachings that set out the understandings about life and define what it is to be religious. These tend to be presented as essential beliefs. These beliefs result from solidifying the underlying narratives of the religion into historical fact. It’s a good example of the left-side brain in overdrive, and at a profound level, very unhelpful.

Myths, metaphors, mysteries and a rich symbolic world are reduced to conformity-inducing maxims. For so many, the ‘beliefs’ become their religion; that is, until they can’t believe. Then the grotesque impoverishment of reducing the wonder and mystery of religious life to a set of musts and facts is laid bare.

So then, is it possible to simply tear religion away from the fabric of who a person is?

Can religion truly be no more than a set of ideas about the unconscious world that can be discarded without any impact to an individual?

What is the human cost of trying to cast-off religion?

Ideas about the reality and nature of human needs can assist in considering these questions. In the years since Abraham Maslow presented his hierarchy of human needs in his 1954 book Motivation and Personality, much has been written about human needs. Many working in the field separate the survival needs, such as food, shelter and physical security, from all others. They then treat the other human needs as being an interconnected system, without a hierarchy.

There are many different conceptual frameworks for representing human needs. One practitioner’s schema (Kevin Hempstead – https://kevinhempstedcounsellor.com/articles/f/do-you-need-to-feel-significant) sets out the needs as follows:

Religion plays a part in shaping and sustaining all of this to some extent, except perhaps for number two. Religious institutions tend to fear uncertainty. Explorations of the creative and imaginative areas of life are more commonly done outside the religious sphere.

It is hard to think of a parallel to exiting religion. It is so much more than simply abandoning a set of ideas about how life is. To be done successfully, it requires significant realigning of all aspects of our humanity to some extent. In many cases, there are significant social ramifications as well.

It may be the most challenging personal journey.

My point, once again, is not that those ancient people told literal stories and we are now smart enough to take them symbolically,

But that they told them symbolically and we are now dumb enough to take them literally.

Photo by Jonathan Borba on Unsplash