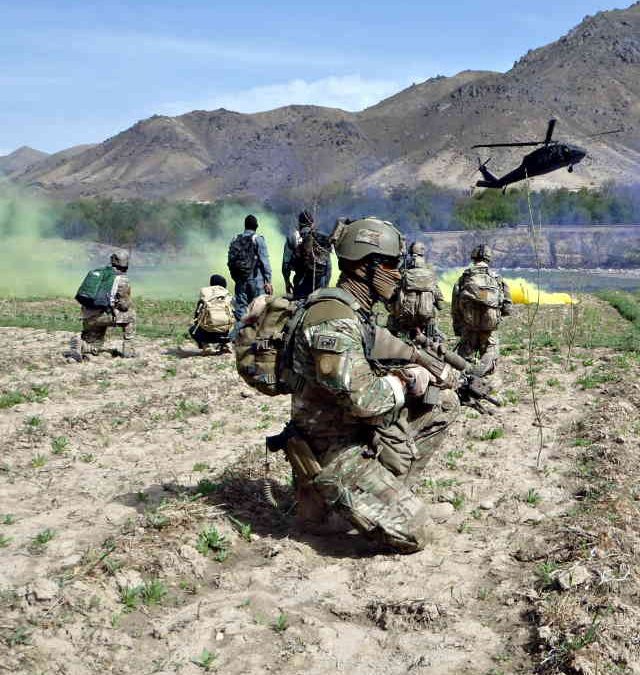 The recent revelations of alleged war crimes by Australian SAS troops in Afghanistan are shocking and seriously embarrassing to us all. A major fear is that only the most junior soldiers and patrol commanders will have to bear the blame – those ranging from privates to sergeants.

Most commentators argue that the next ranks up were probably equally or even more culpable, presumably Troop and Squadron commanders (that is, captains and majors). A few commentators go further, suggesting that senior unit commanders should also be held to account, presumably majors to major-generals.

Australia’s participation in the invasion of Afghanistan in late 2001 had some legal justification. However, I do not believe that the invasion of Iraq in 2003 had any. Furthermore, in order to have the capacity to invade Iraq, the USA withdrew some of its troops from Afghanistan way too early. Not a good move!

By the end of 2003, it was clear that neither war had any chance of success. Apart from the speciousness of the justification of the invasion of Iraq by the USA and its ‘coalition of the willing’, a major factor in the failure of both actions has been the lack of long-term planning by the US and its allies.

Since WW2, the Americans have planned and carried out many beautiful invasions, but have often had no real plans for occupying the invaded countries leading to permanent peace and prosperity. There has been no modern equivalent of General MacArthur.

Australia should not have been in either country since 2003.

It’s my view that holding the senior military officers to account would still not go far enough up the chain of command. If there is any blame in these cases, I believe that the supreme commanders are the main culprits. That’s where the buck stops.

With regard to Australia in Afghanistan and Iraq, there were six supremos – Field Marshals Howard, Rudd, Gillard, Abbott, Turnbull and Morrison.

Some blame must also be sheeted home to all Australian cheerleaders for the invasions and for our continuing participation, including many politicians and media pundits. And every Australian should ask themselves what their position was on the invasion of Iraq in early 2003.