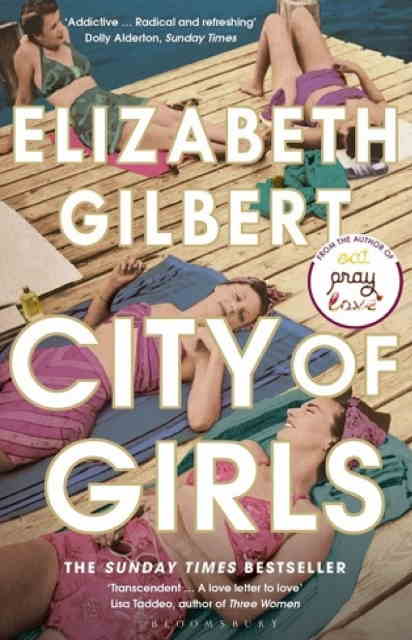 A review by Greg Spearritt

The asymmetry of gender is something few of us consider in day to day life; at least, I would wager, few men. It’s particularly egregious when it comes to sex.

I’ve never watched the TV series ‘Sex and the City’. I plead an aversion to commercial television, even if it marks me as an old fogey. The action (apparently) centres on four professional women in their 30s and 40s as they navigate relationships, including, of course, sexual ones. The series was very successful and is regarded as progressive for its time, though Wikipedia reports that opinions differ on whether it’s anti-feminist, feminist or post-feminist.

Anne Summers’ landmark work of mid-1970s feminism, Damned Whores and God’s Police, made explicit the binary role options handed to women in Australian life. That ‘Sex and the City’ (albeit an American production) was so ‘progressive’ at the very tail end of the 20th century shows how little things had changed by then.

Some 20 years on, have we actually progressed?

On the one hand I’m inclined to say yes. It’s no longer considered quite so shocking for women to engage in sex out of wedlock. ‘Living together’ has lost much of its opprobrium, even among the offspring of clergy, and casual sex for both men and women is quite well-accepted, at least in the popular media (which, I would argue, means in society generally).

Nonetheless, the asymmetry stubbornly remains. There is no adequate male equivalent for ‘slut’ (or ‘bitch’). A promiscuous woman attracts a perception of moral taint that doesn’t seem to apply to a promiscuous man. Indeed, male promiscuity is often still viewed in terms of success and ‘conquest’.

It was refreshing, therefore, to read Elizabeth Gilbert’s 2020 novel City of Girls.

I confess another gap in my popular-cultural education in that I haven’t read Gilbert’s very successful 2006 memoir Eat, Pray, Love, nor her subsequent exploration of marriage (Committed: A Skeptic Makes Peace with Marriage, 2010). I’m unsure, therefore, whether City of Girls reflects Gilbert’s own life experiences to any degree, but the tone of the novel is very clear: women can indeed have a fulfilling sex life – and, indeed, a fulfilling life – without commitment to any particular man.

The novel is set in New York, where a young woman from small-town America finds her ‘people’ in flamboyant, restless and hedonistic theatrical circles. Her adventures, crises and relationships, with twists and turns and the gradual accumulation of wisdom, are delivered with considerable narrative flair. It’s an engrossing read.

The woman in question, the novel’s narrator, reaches a point where casual sex is a consistent aspect of her life. She is asked at one point whether sleeping with many different men makes her happy. “It makes me satisfied”, she replies, referring to a “darkness” within her which is only satisfied in that way. Further, she says: “Curiously, it was in that place of dark abandon where I felt the least sullied and most true.”

Satisfaction, she notes, is not happiness. Many things, she reflects, make her happy, most notably friendship. She considers herself very good at sex, but equally good at being a friend.

Even in 2021 there is something iconoclastic about the attitudes, gender roles and wisdom displayed in City of Girls. “The world ain’t straight” – and that’s okay – is agreed upon by a couple of the main characters. That this wise observation should spring from the rule-breaking scene of theatrical and big-city bohemian life is unsurprising, but it’s a great life lesson for all of us.