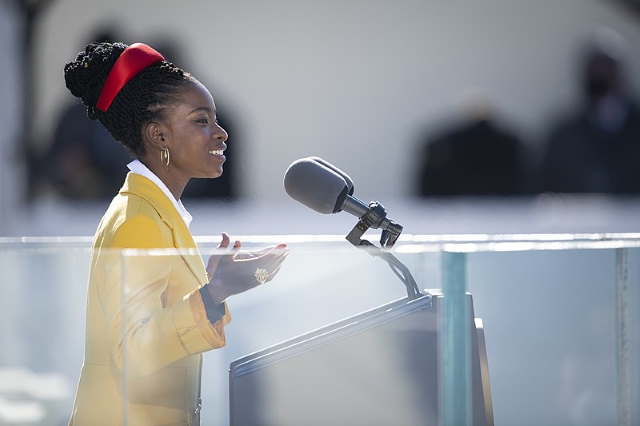 On January 20 this year, a young woman read a poem that she had written herself, at Joe Biden’s presidential inauguration. It became one of the most notable contributions to the ceremony, possibly the most notable.

What was it about that poem that captured people in such a visceral way?

People’s responses were at multiple levels, they were cognitive, they were emotional, and they were spiritual. They were universal responses, shared by people across the whole spectrum of USA society. It was a profound expression of the deep fears and the great hopes of hundreds of millions of people who were watching.

Amanda Gorman poured out a healing balm on a deeply divided nation.

Words of a poem.

In reading through the December SOFiA newsletter, I noted that many of the articles related to ‘belief’ in some way. Some tangentially, some directly.  By now we live in a richly diverse world when it comes to belief. There are many layers to our belief systems, with very individual responses possible.

The quote below is from the article on Philosophical Aphorism that was included in the December newsletter:

Taken in context, ‘God is dead’ offers a profound commentary on the state of late 19th century Europe as it grapples with the legacy of Enlightenment rationalism and the destabilising effects of modernity.

We are still deeply in the ‘destabilising effects of modernity’ and all that has followed it. Have we reached post-postmodernism yet, or did we pass through it unnoticed? We are in an age in which we are swamped with words, true words, and false words. Yet, it is still possible for a powerful oration to break through.

I expect that if Amanda Gorman had written an essay covering the same material as her poem, and read that essay, we would still not know her name. In a world drowning in words, artistic work has unique power to engage multiple senses and move us deeply.

I wonder if it is possible to engage more through creative ways when we meet in our meaning explorations.  What forms could this take? How can it be done in ways that everyone in a particular group will find engaging?

The rich cultural resources of the cities and towns we live in, and our access to all forms of video and recorded material, provide opportunities to engage with a range of creative artistic forms.

Belief is a good word, powerfully embedded in our meaning, but essentially it must be ever changing for every individual. From the same article mentioned above, we have the words: “We’re always on the edge of understanding, but it eludes our grasp.” Hence, we continue to explore together, expanding our understanding while continually opening ourselves up to new questions.

Enlivening, on the other hand, is a luscious word. Could enlivening our belief be more important than we have so far allowed?