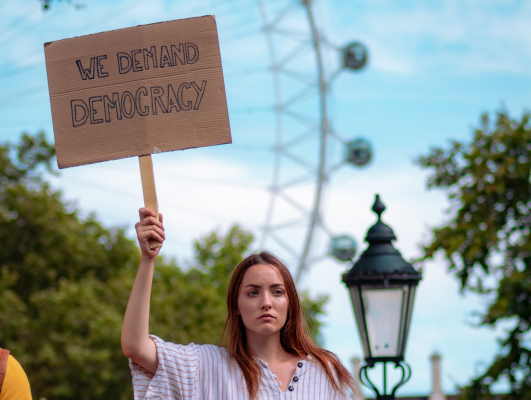 Greg Spearritt outlines his support for the new suite of community-backed
independent candidates in Australian politics.

Beware the convert: a newly minted zealot is generally to be avoided. With that out of the way, allow me to say why I’m a convert to voting for (worthy) independents in our parliaments. Read on at your peril…

The unedifying row amongst conservative politicians and activists over Scott Morrison’s preselection in 2007, whatever the truth of the matter, reveals the brutality of politics, even within one ‘side’. Following Michael Towke’s initial preselection win in that ballot over Morrison (82 votes to 8), certain media were fed (and promptly regurgitated), as David Crowe describes it, “days of stories… that sought to trash his reputation. Those stories included claims he had a criminal history, falsified his qualifications and lied about his time in the army reserve.” And, allegedly, suggested he was a Muslim.

Labor too, as the Kimberley Kitching case demonstrates – in fact all parties, major and minor – have their internal squabbles and dirty tricks which are, quite possibly, dwarfed by the dirty tricks they play on their actual political opponents.

In a typically insightful analysis of recent allegations by Senator Concetta Fierravanti-Wells, Julia Baird acknowledges that politics can be “hostile, tense, threatening, ugly”, but Baird asks what ought to be an obvious question: why must it be like this?

Us v them, judging by the constant put-downs and ad hominem attacks on people presenting opposing views, is really the dominant theme of our political system. It’s tribalism writ large, it’s divisive and it’s a huge part of the disillusionment and alienation our populace currently feels regarding politics.

Another major issue with our system of politics concerns representation. Our politics is dominated by parties. With very few exceptions, MPs vote the way their party tells them to:

Such is the strength of party discipline in parliamentary voting that defections by Coalition Senators now are rare and defections by Labor Senators are virtually unknown.

In what way are the interests of voters in any given electorate truly represented by such a cookie-cutter approach?

Integrity, notoriously, is sacrificed in our current party-dominated system. Remember Queensland’s Tony Fitzgerald? In 2017 he made a public plea for politicians to stand up to parties, noting that:

Compliant party apparatchiks are rewarded with preselection, supportive interests and those who pay enough are provided with special access and influence, cronyism is widespread and the limited constraints on the misuse of power which exist are circumvented by appointing supporters to supposedly independent public positions.

Pork-barrelling, as we know, is common practice and an unconscionable waste of national resources. And political advertising – it’s hard to believe this – doesn’t legally have to be truthful. Lies are ok. The major parties, judging by their lack of action, are fine with this. And their enthusiasm for a genuine, empowered independent federal crime and corruption body is not so much weak as homeopathic.

Yet another (inter-related) factor in our political malaise is the dominance of career politicians. So many of our representatives went from student life straight to work as a political staffer (or union official), sometimes with a detour via a law degree, and in due course won the prize of a seat of their own. Every election, their bread-and-butter is on the line. If they’re lucky to score a safe seat they may be ensconced for decades and emerge with a very handsome entitlement package.

What would happen to institutional memory, you might ask, if our politicians weren’t there for the long haul? The answer is simple: that’s what a robust public service is there to provide. Career politicians aren’t terribly fond of a strong and independent public service, as its politicisation and erosion over several decades demonstrates.

One potential remedy for these ills might be found in the recent crop of community-minded independent MPs and candidates, many the product of the ‘Voices of/for’ movement. These are people with a life before politics, entering it not as a career so much as a way of bettering Australia. Cathy McGowan, for instance, in Indi, served her two terms and gracefully made way for another community-backed independent.

This is not to say that any individual is incorruptible, and in our current two-party system some of the effectiveness of independents comes down to balance-of-power situations. Nonetheless, a true community-backed MP empowers people within their community to engage and be heard, and is accountable to that community. They’re not subject to the ambitions of party hacks with no interest in the views or needs of their electorates. And, given the power structure within parties, a cross-bencher is arguably superior to a backbencher in terms of political influence on policy.

An independent MP is also much less likely to be targeted for kickbacks by cashed-up donors. Their individual reach just isn’t sufficient to determine which projects get the stamp of approval, compared to that of select elites within a tightly-controlled party machine with access to a stable of yes-men-and-women. They can, however, fearlessly call out the power of corporate donors and lobbyists.

Three issues are held in common by most of the new community independents: integrity in politics (imagine that!), real action on climate (imagine that!!) and gender equity (imagine that!!!). No-one but their supporters in their own electorates, however, can demand they vote a certain way on any bill. With locally engaged voters scrutinising decisions and involved in promoting their electorate’s interests, there’s plenty of incentive for independent MPs to deliver.

What issues have our community-based independent MPs promoted thus far? Gambling reform, climate action, a federal ICAC, regional development, a parliamentary code of conduct, fair and sensible water policy. Not too much there to attract big corporate donors with an agenda to promote.

I’m hoping there’s something of an ‘it’s time’ factor in the 2022 election. Democracy is precious, and unfortunately in decline. If Australians can see themselves represented, and feel they have voice, we may see the revitalisation of this critical institution.

Photo by Fred Moon on Unsplash