Pigeonholes are for pigeons 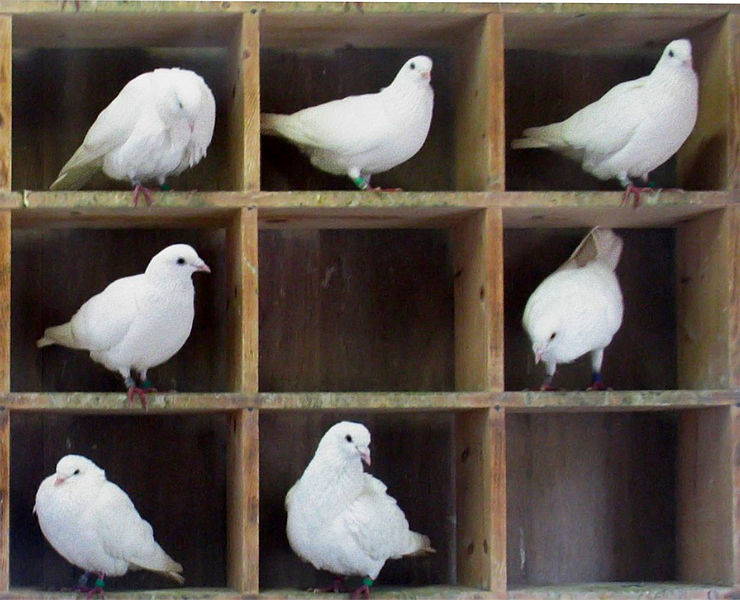 Zen Buddhism, at least as its usually understood in the west, seeks to dislodge us from relying on the second-hand experience we gain through language and promotes first-hand, immediate, lived experience.

The more you talk and think about it, the further astray you wander from the truth. Stop talking and thinking and there is nothing you will not be able to know.

A major purpose of language, arguably, is – contra Zen – to divide the world up. To manipulate objects and ideas we need names for them. Buddhists do in fact concede that conventional reality, and thus language, is necessary, but they aim to transcend it.

With Don Cupitt, I see language as not only inescapable, but as a life-enhancing source of delight. Nonetheless, I’m with Zen Buddhists up to a point (as, to a great extent, is Cupitt). Language is a two-edged sword: it can also be a tool for oppression. And reality, as far as we have explored it scientifically, has revealed itself to be maddeningly resistant to our attempts to pigeonhole it.

Dividing the world into its various shades of grey (or for some, a simple black-and-white) is a form of pigeonholing. If we can put people into a labelled box it is much easier to know what to think of them and how to react to them. And, all too often, how to persecute them.

It’s good to see, however, that cultural assumptions about some of our boxes are starting to change, notably the box we label ‘gender’. Cross-dressing is an example. The idea is no longer simply seen as ‘weird’ or ‘unnatural’ that some people can have a gender identity and a gender expression that don’t always match, even – remarkably – in the normally macho world of footy.

The discovery that at its smallest scales the world can’t be easily pigeonholed was a genuine surprise of the 20th century. Is light, or are electrons, particles or waves? Either and both, it seems, and it actually depends on the observer. Whatever they are, these phenomena can’t yet be adequately pinned down in language. While for some that’s frustrating, it’s also useful.

We have no choice about using language, and it can be a wonderful thing, but the lesson seems to be that we should ‘sit light’ to it. Like the raft in the Buddhist parable, it’s great for practical purposes like crossing the river, but there’s no sense strapping it to your back for the rest of the journey.