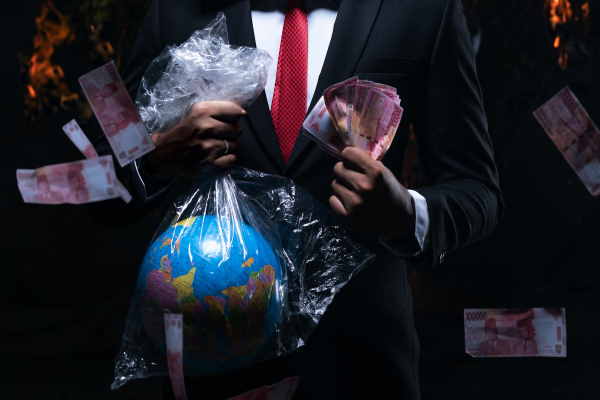 For an open, egalitarian democracy which respects the rule of law and human rights, we edge mightily towards the kind of corruption and cronyism we see in outright dictatorships.

For a decade we’ve experienced unwarranted secrecy (it’s on-water matters, don’t you know, unless there’s a political advantage to be had), moral vacuity (e.g. persecuting whistle-blowers who reveal unconscionable official actions) and jobs for the mates.

In just the last week, we learn that the former NSW deputy premier attempted to create a plum job for himself post-politics and that the now-incarcerated former Ipswich mayor led council members on an overseas junket involving luxury hotels, helicopter rides and sightseeing instead of honoring business appointments.

For context, it’s apparently perfectly ok for Australia’s top CEOs to earn 132 times the average wage. And for profitable companies and secure private schools (some apparently with a ‘Christian ethos’) to pocket public jobkeeper money they didn’t need in the earlier waves of Covid.

Scott Morrison is correct when he advises that we shouldn’t trust governments – especially his own. At least, we shouldn’t indulge in the kind of blind faith he seems to be arguing that people ought to place in the God who encourages homophobes (a la Margaret Court’s Victory Life Centre). As PM he upped the ante from dismissing calls to honour an election promise to establish a federal anti-corruption body by dissing the NSW ICAC. Yet trust in our key institutions – like parliament, like the courts and watchdog bodies – is an essential part of keeping Australia stable and free.

We especially shouldn’t trust the UN, according to our erstwhile PM. Why, it propagates nonsense about the decent treatment of human beings, through bodies such as the Human Rights Council and the Refugee Agency.

Human nature being what it is, there’ll be no end to hubris and self-entitlement. Thank goodness we still have a free, if imperfect, press and plenty of people of goodwill in official roles.

I was recently invited to be on a panel at a local high school by their Amnesty group to discuss discrimination regarding LGBTIQA+ people. This small group, guided by an amazing teacher, gave me hope for the future. May their passion for justice infect their generation and inspire others, and ever override the all-too-pervasive drift towards hubris.

Photo by fikry anshor on Unsplash