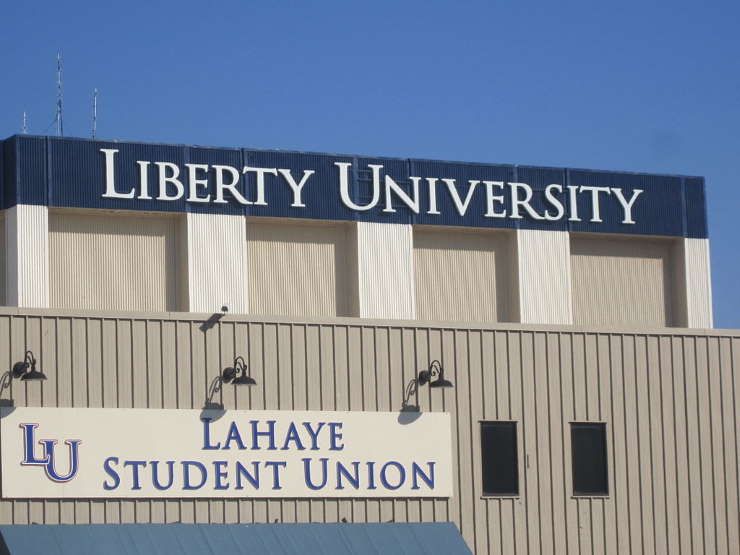 Hypocrisy is something most humans have in common, but willful and systematic hypocrisy is still shocking.

This is especially true, of course, when it involves real harm to others, as in the church child abuse scandals that have come to light over recent decades.

We have learned very recently that yet another conservative religious leader from the U.S.A. has spectacularly fallen from grace – allegedly.

If it’s true that (former) President of Liberty University Jerry Fallwell Jnr and his wife Becki were involved in a sexual relationship with Fallwell’s business partner, and that the arrangement was long-standing, it’s a clear case of systematic hypocrisy.

In this particular case, harm to others remains a moot point. Those involved were all adults (albeit the ‘pool boy’ and later business partner was 20 years of age at the beginning) and apparently consenting.

The Fallwells’ publicly strict moral stance, though – in keeping with the ‘Moral Majority’ platform of Jerry Fallwell Snr which opposed LGBTIQA+ rights and abortion and championed ‘family values’ – could  conceivably have caused harm to students at Liberty in the guise of guilt about non-sanctioned sexual activity or about their own sexual identity and orientation. (The University’s student honor code states that “Sexual relations outside of a biblically-ordained marriage between a natural-born man and a natural-born woman are not permissible at Liberty University.”)

If the Fallwell’s unusual relationship arrangements were indeed consensual, they didn’t involve dishonesty (‘cheating’) within the marriage, so that at least is a positive. The responses of the players to the scandal becoming public raise serious questions about gender roles and stereotypes, though.

There’s a broader note of systematic hypocrisy at play in this saga, however.

Media publications like Rupert Murdoch’s online outlet in Australia, news.com.au, have taken up the story with alacrity. Essentially a click-bait-laden successor to the salacious magazines of the past like Pix and People (and now Who magazine), this alleged news site expresses incredulity at the Fallwell’s “weird” and “bizarre” behaviour (and here and here). At the same time, sex stories and scandals are bread-and-butter subject matter for news.com.au.

The real damage in this approach is to relegate the topic of sex and sexual desire/behaviour to the realm of the scandalous and the titillating, restricting our society’s ability to discuss these matters openly and honestly.