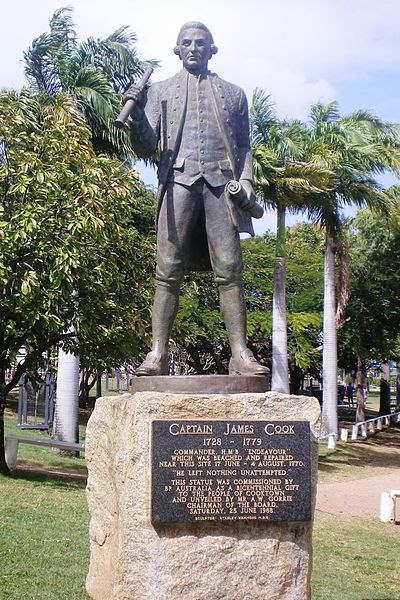 “Sudden arrival of an invader from another land, decimating populations, creating terror. Forces the population to make enormous sacrifices & completely change how they live in order to survive. COVID19 or Cook 1770?”

Historians seem divided on the issue, with some saying she’s wrong and some saying her comment underplays the devastation wreaked on Aboriginal people. Liberal Party MPs called for her sacking and The Australian called her tweet “dumb and badly timed”, accusing van Diemen of straying outside her area of expertise.

If van Diemen (any relation, I wonder?) is wrong from a historical viewpoint, it’s surely only in timeframe. The catastrophe that ensued from the arrival of Cook is perhaps more correctly ascribed to the events of 1788 and beyond, and it took a century or so to develop, but Cook was indisputably the reason for the First Fleet’s arrival.

What expertise does one require to be able to competently make the claims she did?

Was Cook’s arrival an invasion? At the very least, it sparked an invasion. We know the continent was inhabited at the time by cultures much more venerable than those from which the new arrivals came. And they came with guns, including at least one used by Cook himself.

Except for the very local Indigenous groups, it wasn’t ‘sudden’ like COVID-19, to be sure – but it was even more devastating as it gradually spread across the land, corroding Aboriginal society and causing thousands (rather than a mere hundred or so) of deaths as it went.

Were populations decimated and terrorised? Guns, disease and poison had exactly those effects.

Sacrifices and huge life changes? The stories and the statistics on Aboriginal dispossession, resistance and suffering are undeniable and ongoing.

Is van Diemen’s sin to make the comparison at all, even if it stacks up in so many ways? Is it a sin of timing?

As serious and disruptive as coronavirus is, it pales in comparison with the long-standing and ongoing effects of invasion and colonisation on Aboriginal people. Drawing attention to those effects remains necessary and can only be a good thing.

We’re pulling out all the stops to counter COVID-19, with good results so far. Imagine if we were just as serious about Indigenous well-being in Australia!