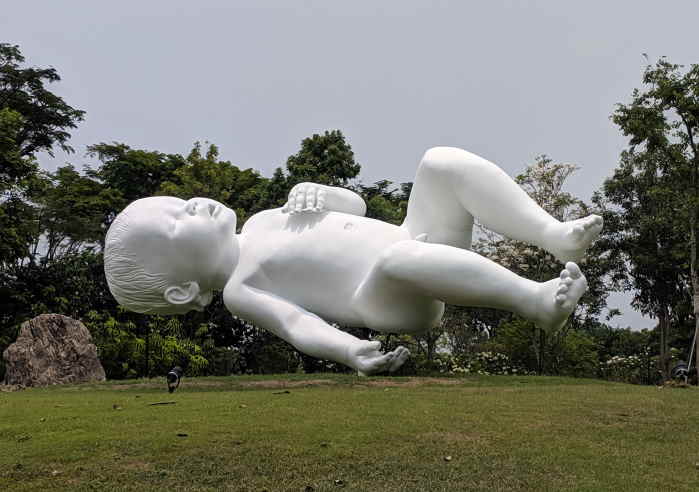 As central as it may seem at this time of year, and contrary to the opinions of some, the birth of a child is actually not what Christianity is all about. (If that were so, all four canonical gospels would record the event rather than just two of them.) It’s really all about the life and death of an adult, of course.

Nonetheless, baby talk is understandably all the rage at Christmas. Indeed, in evolutionary terms, the birth of children probably is what life is actually all about.

In any case, there are a few interesting elements in the baby talk this year.

The first concerns ‘born of a virgin’. The idea of virgin birth is old hat, as noted by Bondi writer Berwyn Lewis, and certainly predates Jesus. Lewis also refers to the ‘dark side’ of the requirement for the virginity of Mary:

Claims of divine intervention aside, virgin births may have a more human explanation – a tragic demonstration of the extreme measures women have been forced to take to save themselves and their reputations.

One aspect of the virgin birth I can’t find covered this year is the ancient idea that the woman is merely a vessel for male seed and contributes nothing substantial to the infant. Thus the Christ child’s divinity, in this special case, isn’t tainted by human sin. The recognition that a woman’s biological role in conception is anything but passive is in fact very recent (and unfortunately for the virgin-birthers, very real).

A link between the virgin birth of Jesus and Christianity’s problem with sex is explored by Diarmaid MacCulloch, emeritus professor of church history at Oxford.

Tied up with this idea of Mary’s virginity is another notable thread this year, ably expounded by Julia Baird: women are actually central to birth events, but our biblical accounts are the work of men. What, for example, if the Magi were women?:

In 2004, the General Synod of the UK Church of England decided to reject a suggestion that the words magi should be replaced with “three wise men”, because they could not rule out the possibility they were women.

Hence the tea towels with this inscription: “Three Wise Women would have asked directions, arrived on time, helped deliver the baby, swept the stable, made a casserole and brought practical gifts.”

A third theme arises out of Australia’s horrific 2019 bushfire season. Our almost nation-wide drought, and our worst-ever fire season, still months away from finishing, have seen almost 1,000 homes lost, and this is in the context of just over 1 degree of warming. Two degrees of warming – which seems almost assured – means, effectively, the end of winter by 2050 everywhere but parts of Tasmania (and the loss of 99% of the Great Barrier Reef, food security in doubt and much more).

In this dreadful scenario, would you choose to have a child? Justine Toh of the Christian apologist think tank, the Centre for Public Christianity, acknowledges the seriousness of our situation but still concludes that the Christmas story should “remind us that each child is the birth of hope, a reminder that new life brings with it infinite possibility: for us as well as the future.” Perhaps it is true that hope is engendered by the idea that “for the sake of all people God was born as a baby”, but unless you’re persuaded by the Christian myth, it’s hard to see why.

Watching Canberra skies turn orange as 70-metre flames create their own weather systems, Gemma Carey is pregnant and similarly pondering why she would want to bring a child into such a world. She doesn’t share Toh’s religious optimism, but still hopes rather bleakly that “hope will come”.

To circle back to the reason children are born, from an evolutionary standpoint procreation is simply our raison d’etre. I’m guessing it will continue, come what may, until we have made the earth uninhabitable. Merry Christmas!