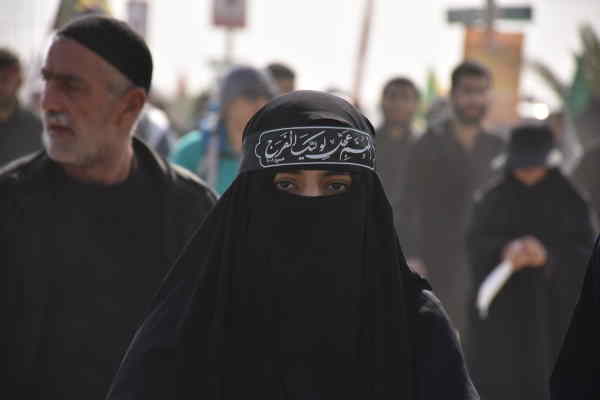 Marie Cameron dives into autobiography and fiction to explore the experience of women in some Islamic cultures.

I have recently read two excellent books which have caused me to ponder at length the ongoing parlous situation of women in traditional and conservative Muslim societies, but also in conservative enclaves in liberal democracies, and the dangers of a too facile multiculturalism which does not expect immigrants and refugees to accept the foundational values of the society they have come to join. These books are not recently published but are both extremely relevant to our current situation.

The first book is an outstanding novel, A Thousand Splendid Suns, by the Afghani writer Khaled Hosseini, renowned for his debut novel The Kite Runner. Hosseini’s family fled Afghanistan for the US in 1980 following the Soviet invasion, and he now works as a doctor in California. He has returned to visit Afghanistan and clearly retains a deep understanding of his country of birth. The story is set against the background of the defeat of the Soviets, the coming of the Mujahideen and then, more bleakly, the rise of the Taliban. The central characters are two women, Mariam and Laila, a generation apart but both wives of the brutal and abusive Rasheed, who develop a friendship which becomes a deep and ultimately sacrificial love.

Not all male writers manage to truly understand their women characters, but Hosseini, despite being from a highly patriarchal culture, does this remarkably well. Mariam and Laila spring from the pages as fully developed, complex women. Their story is deeply moving and heartbreaking, but in the end the human spirit triumphs as Laila carves out some happiness for herself.

Hosseini does not spare his descriptions of the brutality and misogyny of the Taliban and the women’s husband Rasheed, and the book is hard to read at times. It is very sobering to reflect that, as the Western countries withdraw from Afghanistan after a twenty year long, fruitless war, the Taliban are surging towards regaining power, and women will again be suppressed, tortured and killed. Afghani women are completely powerless and their destiny is out of their hands.

The other book is Infidel, a memoir of Somalian woman Ayaan Hirsi Ali. She grew up in a conservative Muslim family, and at the age of five she was subjected to female genital mutilation by her grandmother. The family lived in Somalia, Kenya and briefly in Saudi Arabia. Her parents’ dysfunctional marriage broke down and her father left, marrying other women, while her mother descended into bitterness and poverty. Ayaan was briefly a follower of the Muslim Brotherhood’s teaching, but began to question the requirement for unquestioning submission of human beings to Allah and of women to men.

A crisis came when Ayaan’s father arranged her marriage to a dull and conservative man who was in no way her intellectual equal. Ayaan resolved not to go through with this marriage, and while en route to Canada where her prospective husband lived, escaped to Holland where she was eventually accepted as a refugee. Here she learned Dutch, studied political science at the University of Leiden, and worked as a Somali translator and interpreter. While doing this work, she became strongly aware that the Dutch desire to behave with decency and understanding towards Muslim immigrants and accept their differences and beliefs was in fact condemning thousands of Muslim women and children to ongoing cruel abuse. Her interest in political science led to her obtaining a job as a junior researcher with the Labor Party. At this time the 9/11 attacks happened in America, and this caused her to deeply question her faith’s uncritical devotion to the Quran and began her journey out of Islam.

Ayaan began to share her questioning publicly, in articles and debates, and was elected to Parliament as a member of the Liberal Party. She became increasingly a marked person because of her public statements and was given bodyguards for her protection. The crisis came when she made a short film called “Submission”, with Dutchman Theo van Gogh as producer. The theme of the film was the requirement in Islam for total submission of the individual to Allah, a master-slave relationship. To modernise Islam and adapt it to contemporary ideals would require a dialogue with Allah, which in the strict understanding of the faith is insolence. Ayaan felt, however, that liberation of the mind from this rigid, dogmatic obedience must precede the liberation of women from their harsh suppression. But as a direct consequence of the production of this film, Theo was murdered in the street by a Muslim extremist. Life then became insupportable in many ways for Ayaan, and she eventually moved to the US.

Drawing on her experience in various Muslim countries, including Saudi Arabia, Ayaan argues passionately that Islam in it purest form is not a religion of compassion and tolerance but is based on values of submission, suppression and harshness, which harm all Muslims but particularly women and children and create a culture that generates backwardness. She quotes from the Quran to support her argument, and notes that Osama bin Laden also quoted from the Quran to justify his murderous activities. In the democratic society of Holland, toleration of cultures with different value systems allowed brutalisation of women, including female genital mutilation and honour killings, to proceed unchecked. She also noted that Muslim immigrant groups were the least integrated, had the highest rates of unemployment and were disproportionately involved in crime.

These two intelligent and liberal Muslim writers have vividly illustrated how primitive cultural attitudes and fundamentalism within a major faith are a danger not only to adherents of that faith, particularly women and children, but also to the democratic societies within which such people live. They have shown that multiculturalism must take note of the value systems of prospective immigrants rather than uncritically accepting and tolerating them. It is certainly possible for Muslims to rethink their values as Christians have done in the past (there are both noble and barbaric statements in the Bible as well as the Quran), and it is extremely important for countries accepting immigrants to screen for unacceptable attitudes and then to focus on integration and education for migrant groups.

As a woman, I am convinced that I and my women friends are not free and equal until all women are. The treatment meted out to some Muslim women is an ongoing source of sorrow.

I commend these two books to you.

Photo by ‏🌸🙌 أخٌ‌في‌الله on Unsplash