The need to believe 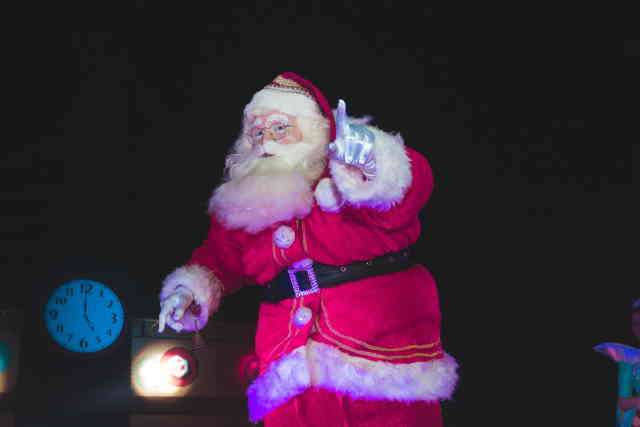 Notes recently auctioned by Sotherby’s in the UK show that Isaac Newton believed some whacky things. Well, to be fair, they’re whacky from the perspective of well-informed 21stcentury humans: perhaps they were credible (if unorthodox by religious standards) back in early 1700s.

We’re talking alchemy, biblical secrets about an impending apocalypse revealed through studying the Egyptian pyramids and more. Mind you, Newton was an eclectic investigator. In the interests of scientific progress he stuck a bodkin in his eye to learn about vision. Of course, he also gave us eminently believable laws of motion which (quantum mechanics aside) have successfully stood the test of time.

I suspect that most of us have in our portfolio of beliefs at least a few that are poorly-founded.

After all, humans, even erudite ones, are notoriously easy to fool. An infamous case in point was Sir Arthur Conan Doyle, physician and creator of Sherlock Holmes, who sent fellow spiritualist Edward Gardner, with a camera, to the home of 16-year-old Elsie Wright in the hope of catching more shots of fairies. 1. Photos featuring Elsie and her young cousin Frances Griffiths cavorting with fairies had caught the eye of these luminaries of spiritualism.

Doyle and Gardner subsequently brought in a psychic who declared the place to be crawling with fairies.

This was all in spite of scepticism at the time, with an editorial of the day suggesting the original fairy photos could be explained not by “a knowledge of occult phenomena but a knowledge of children.”

It’s been pointed out that Doyle and Gardner badly wanted to believe. To them, the photos were potentially vindication of their belief in the supernatural.

Frances Griffiths told the BBC in 1983:

I never even thought of it being a fraud. It was just Elsie and I having a bit of fun. I can’t understand to this day why people were taken in. They wanted to be taken in.

People often say to me ‘Don’t you feel ashamed that you have made all these poor people look like fools? They believed in you.’ But I do not, because they wanted to believe.

On wanting to believe, these well-educated chaps have much in common with Trump supporters. It seems no amount of evidence will sway the dedicated Trump rally attendee.

They probably have much in common, too, with your average child at Christmas.

At what age did you stop believing in Santa? Recent research (which is ongoing, and welcomes new participants) suggests the average age of Santa ‘atheism’ is eight. (65% of respondents, however, recall playing along with the myth even once they’d worked out it was false. Kids aren’t silly.)

Not surprisingly, the amount of effort our society puts into maintaining the stories about Santa, the Easter Bunny etc. has a significant effect on children’s willingness to believe. Entire rituals are performed around these figures, and the media often play along.

One of Grant’s tricks in the 1980s was to ‘heal’ someone in wheelchair, then command them to walk and push him (Grant) down the aisle. Randi noticed all the wheelchairs at Grant’s shows were of the same make, model and colour. His interviews with the ‘healed’ found that almost to a man and woman they had walked into the venue and had never been in a wheelchair before, but were asked to sit in one provided by an usher.

W.V. Grant, along with lots of other televangelists, has every motivation to put a great deal of effort into his business, which in spite of his repeated exposures as a fraud and a stint in prison for tax evasion, continues to this day. They rake in millions from the faithful in all kinds of unsavoury ways.

Some of Grant’s ‘healed’ people openly admit they weren’t healed. Again, however, a good proportion of those subject to a bogus healing want to believe so badly they seem to lose any ability to think critically about their experience.

Randi tells of the testimony of former TV cameraman at a Grant crusade, Gary Clarke: Clarke, he says, was

aware of the hopelessness of the situation. He was with the Grant crusade in Philadelphia when it all dawned on him once saw a very elderly woman and her two daughters marooned at the top of a staircase following one of Grant’s meetings. The mother’s two canes had been taken away from her and broken by Grant when he pronounced her healed. Now the three women were helpless, unable to move from where they were trapped. Yet they persisted in believing that the mother had been healed. “What do you think of this guy?” he asked one of the daughters. She replied eagerly: “I think he’s great! He’s wonderful! We’re glad we came!” Clarke’s response was perhaps less than kind, but he was angered by the naiveté and blind belief of the women: “Your mother’s afraid to go down the steps and you’re telling me this? You’re going to have to help yourselves!” And he walked away from them. 2.

It seems like these people must be choosing to believe in spite of the evidence.

Climate change is yet another arena for the spectacle of belief that is evidence-proof. The 2020 BOM and CSIRO State of the Climate Report told us, yet again, that we have great cause to worry and act. In 2019, for example – Australia’s warmest year to date – there  were 33 days where Australia’s national daily average maximum temperature was above 39 degrees. In the 58 years between 1960 and 2018 there were just 24 such days.

In Australia, factors like political conservatism and even, scarily, the degree of vulnerability to a changing climate have been found to correlate with higher levels of climate scepticism. Go figure, as the Americans say.

Yet I submit that we don’t choose what we believe. Our beliefs are a function of a complex of experiences, ideas, assumptions, emotions and even prejudices, and as such are not subject to our whim. Affective factors, for instance, are fingered heavily in the research about climate scepticism.

Beliefs, except perhaps concerning superficial issues, are not a matter of decision. I could no more wake up tomorrow and decide to believe in Santa – or any version of the Christian God for that matter – than I could become a chess champion overnight (or ever, probably).

I did believe in ‘God’ until I was quite a bit older than eight, however. The loss of that belief in adulthood was gradual, unintended and unexpected.

I am quite prepared to acknowledge that I probably do have some beliefs that are rather poorly-founded, though I don’t think my atheism (or my Santa atheism, for that matter) is amongst them. It makes me wonder, though: what do I believe (or disbelieve) simply because I really want to, in spite of sound evidence?