The future, dreariest of prospects 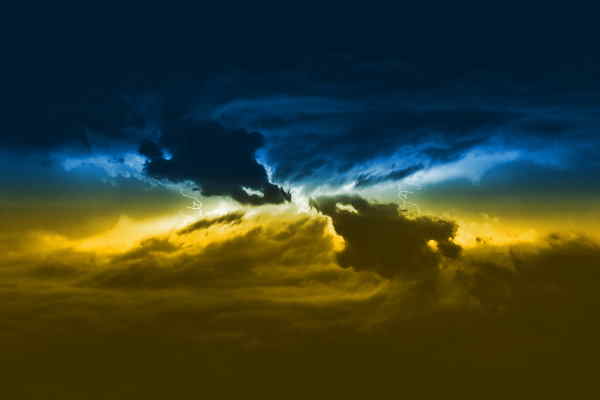 On the whole, I’ve always been reasonably optimistic about the future of humanity but, at some stage last year, I slipped over the watershed into pessimism. The pandemic was the last straw. Until both Russia and China suddenly descended into aggressive imperialism, oblivious to the death and destruction this ideology might cause. Now I’m scared stiff.

What is most surprising now that I think about it is that, throughout history, most people manage to be as optimistic as they do. There have always been those who wallow in the prospect of impending disaster – ‘life’s a bitch and then you die’ – but they are often outnumbered by the pollyannas who ‘always look on the bright side of life’, da-dum, da dum. The arts – music, literature et al – abound in positive scenarios, while religions offer eternal bliss. Even politics, dominated by concern for business and the economy, preaches eternal growth and Progress.

The counter view in the arts, the nightmare rather than the dream, imagines a world of universal conflict and suffering. Cosmology now tells us that not only will the Earth dry up and be swallowed by the fading sun, but our solar system, our whole galaxy and, ultimately, the entire cosmos will run out of puff. The entropy god will win. For all the positivity of much art and literature, some of the most popular and powerful narratives have been dystopias, especially over the past century. The despair and nihilism that followed Darwin and World War 1 led to a flood of best-selling authors – Kafka, Huxley, Orwell, Golding and Atwood among those who have had the most impact. This movement is even more dominant in film and television – Metropolis, Blade Runner, Matrix, Clockwork Orange, Hunger Games, Mad Max – often premised upon a horrific apocalyptic catastrophe and supercharged with doom-laden music.

The Biblical apocalypse has a lot to answer for. Or, really, simplistic understandings of one of the many Biblical apocalypses. There are apocalyptic passages in several of the books of the Old Testament, including Ezekial, Daniel and Zecharia, as well as in the Gospels and Epistles, all of which have been interpreted in wildly different ways over the millennia. It is the apocalypse of the book of Revelation or, more accurately, a much simplified version of it, that has dominated popular and artistic imagination over recent decades.

This is an image of ‘the four horsemen’ who will wreak havoc over the earth on ‘the last day’. These are often identified as Death, War, Famine and Disease. This set will not please any taxonomist, as Death is clearly a superordinate term that can cover the other three. But the metaphor is actually quite a good summary of the facts of life and death, past, present and future. Why do people die? They are killed in wars, they die of hunger, or they succumb to disease. So, at an extremely simplistic level, these will be the causes of the destruction of humanity and escalating examples of all three are evident in the world today. A barbaric new war in the Ukraine; climate change causing ‘hundred year’ droughts, floods and fires every few years; and a pandemic that seems to be the work of a very cunning virus that can outsmart the world’s scientists. To Biblical literalists, Zionists, conspiracy theorists and would be Messiahs, these events are clear proof that Armageddon is imminent.

At a more rational level, concern for world crises and for the failure of governments to address them has led to the development of a futurist movement. What do leading scientists and professional futurists say, at least about the immediate future? What predictions do they make and what action do they recommend? What are some of the main scenarios, both positive and negative? On the one side are those who believe that science and technology will keep ahead of climate change, resource exhaustion and, even, human greed and lust for power. On the other are the doomsayers who say that the range and severity of threats are already beyond prevention and the future will be disastrous for most humans.

Can we hope that, as we often find, the truth is somewhere in between? And will that be terrible enough?

Photo by Andrey Zaychuk on Unsplash