Random thoughts in a Katoomba café 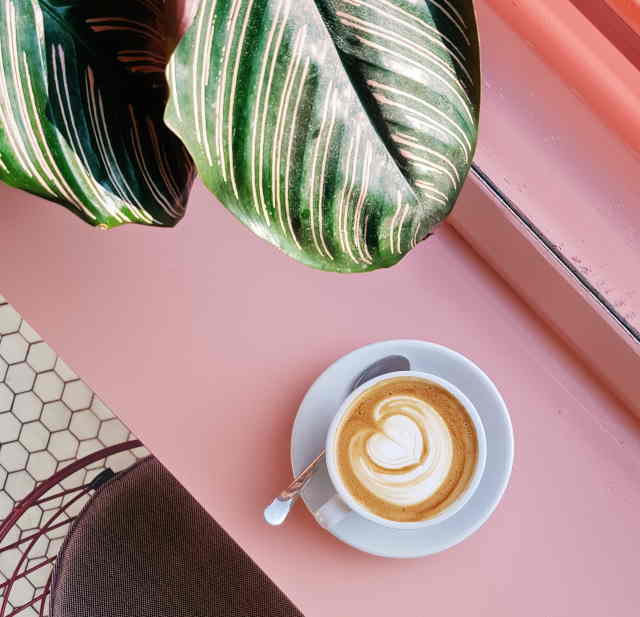 Random thoughts in a Katoomba café

I’m sitting by the window of a coffee shop in Katoomba, musing. A youngish woman in a rose-pink dress, a flamboyant string of beads and a hat with a floral scarf around it settles herself at a table outside; a grubby four-wheel-drive roars down the road; a massive tourist bus grinds up in the opposite direction; there’s a rush of steam from the coffee machine behind me and the barista bangs coffee grounds out of his metal gadget as he holds court to a couple of peasant-clad regulars.

I get up and help myself to a glass of water from the rickety tap by the wall and return with it to my little varnished table. When is my coffee going to arrive?

“Sorry, what was yours?” The barista has read my mind. He’d forgotten me, amid the takeaways.

My flat white arrives quickly after that, and it’s excellent.

The thoughts passing through my head aren’t original, or even particularly coherent. They’re about loss and gain, joy and sorrow, endings and beginnings, pairings and separations, fulfilment and compromise. My coffee-scented pondering is of the “What’s it all about?” variety and thus destined, probably, for an enduring question mark. But my thoughts aren’t depressing ones. There’s something about my stay in the Blue Mountains that is sharpening my senses, giving an edge to my emotions, making me extra-conscious of being alive. And I’m thinking how fortunate, on balance, I’ve been.

It seems to me the Buddhists have it right when they advocate an acceptance of impermanence; because whatever we’ve got, good or bad, there will come a time sooner or later when we haven’t got it. Like it or not, it’s true. It’s why entering into a relationship is setting ourselves up for loss. Equally, it’s why we shouldn’t hold onto sorrow, but instead allow more beginnings; the sorrow won’t necessarily disappear, but we need to let it transform itself into something more manageable.

The hard fact is that life is all about loss. We’re losing something all the time. It’s up to us what we gain instead, and what we do with it.

The door of the café squeals open, and there’s more metallic thumping and another splutter of steam from behind the counter.

Life is a finite-sized vessel, I’m thinking, with room for only a certain number of gains. You have to lose some before you gain some. Or am I pushing the analogy too far?

“Thank you, mate,” someone calls out, and the door shrieks open and shut again. “The New York Times—I’m subscribing,” a voice says from the table behind mine. “Election year and all that.”

Some accordion music starts up in a tango rhythm.

“Every pundit’s been wrong. Constantly.”

“I reckon he’s getting there. The Republicans are panicking.”

There’s an ancient fan suspended from the tongue-and-groove ceiling, wobbling around at an alarming angle—I have to assume it’s been doing so for years and won’t come crashing down. The coiled energy-saving lamps poking out from the metal casings below it would explode all over the place. I’m not going to think about it.

“Nothing in the Herald,” The voice persists.

I look around at the fibro walls of the café, adorned with a polyglot collection of framed pictures, at the pocked paint on the door, at the looking-glass lettering that’s visible through the posters covering half the front window, at the little benches and tables on the pavement outside. I like this place. It has atmosphere. And, somewhere like Katoomba, a grey-haired woman lingering over a single coffee and compulsively scribbling in a notebook is unlikely to attract attention, or even an inquiry of “Can I get you anything else?”

I’m thinking now about my ancestors, stretching back (up is how my mind’s eye pictures it) into perpetuity. Or is perpetuity forwards? Or downwards? It doesn’t matter. What matters to me is that, although long dead, those who have gone before me still exist—because by a miraculous chain of chance occurrences they paired and procreated, exchanged their genes and passed some of them down to me. Not only that; there’s nurture as well as nature, environment as well as DNA. Traditions, habits, preferences, even character traits and aptitudes—they’re not just genetic. No human ever knows the extent of influence they have on others.

So where to from here? There’s my daughter, bless her, and I hope she will have children. But even if she doesn’t, and the genetic heritage finishes with her, the vast web of influence will continue as long as the human race exists, and she’ll have contributed a generous share of kindness and compassion.

“Can I get you anything else?” The barista’s voice breaks into my reverie. I’ve underestimated him.

“No thanks. I’ll just finish my water.”

But it’s time to go. I collect up my pad and pencil and set off along the street. My equanimity may be ephemeral. Nevertheless, I’m hoping those I’ve loved and lost reached similarly comforting conclusions about life before they took their final bow.