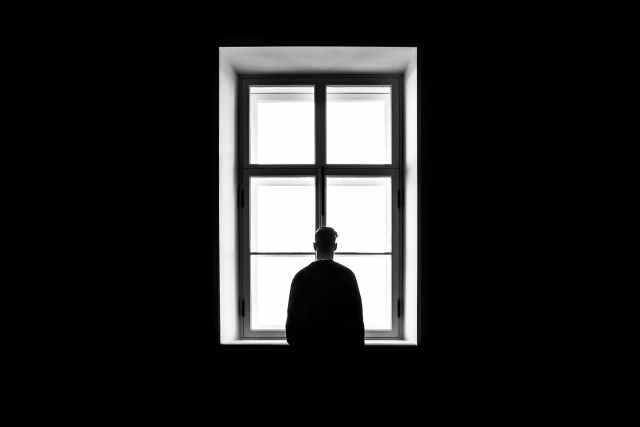 Mystical practices have been known in most cultures throughout history. These altered states of consciousness consist of an immediate awareness that the whole of reality is one1. In what has been called “non-dual awareness”, individual things seem to lose their independent existence as everything is absorbed into a mysterious whole. There is no longer a subject or object of experience as personal identity is dissolved into the greater unity. Entry into this state requires that the mind be stilled and detached from all objects of desire. Mystics describe a sense of peace and bliss in the loss of their identifiable selves to this nameless mystery.

Characteristics of mystical experience include a feeling of the sacred that transcends ordinary concerns in pointing towards ultimate reality and truth. For the duration of the events, mystics are aware of continuing consciousness, but their experiences cannot be reduced to language. Those who attempt to describe the sense of oneness acknowledge that their words are “hopelessly inadequate to convey the immensity and shattering impact” of what they have experienced2. On the other hand, certain feelings of the events are retained that enable comparisons to be drawn between the accounts given in different cultural contexts.

Among mystics themselves is a division between those who desire to be absorbed into a unity with the ultimate mystery, and those who believe that a gulf exists between human beings and their Creator, and who seek merely a form of intimate relationship with him. These different approaches reflect the alternative views that God is inseparable from the individual, or that he is transcendent to the whole of creation. The latter belief is reflected in certain accounts given by mystics in the medieval period which involved the desire to be united with Christ, together with a recognition that the individual can never be identical with the divine3. Mystics within the monotheistic traditions have generally portrayed themselves as holding to the idea of a personal deity, partly because such a belief would normally have formed part of their upbringing, and partly through their fear of rejection or persecution at the hands of religious authorities. On the other hand, mystics who accept the oneness of all reality do not attribute to the deity the status accorded to him in the traditions. The doctrine of a personal divinity, from their perspective, reflects the limitations of human thought in the various attempts that have been made to comprehend the mystery of our existence.

Whenever new religions are formed, their founders and some of their early followers are likely to have had experiences that are mystical, or that in other ways are profoundly life transforming. In the history of the traditions, such experiences typically morphed into sets of beliefs and teachings. The issue facing religious authorities was the extent to which they could incorporate the implications of these unusual experiences into orthodox doctrines. Mystics have at times been regarded as possessing special insights into truth, and the material they presented has been used to reinforce the teachings of the particular tradition. On other occasions their ideas have been seen as dangerous or subversive. An area of concern to religious authorities generally was the claim by mystics that through their experiences they were already participating in divinity, or that they had the capacity to become one with the divine.

Each of the traditions has caused mystics to suffer because of their beliefs. Within Judaism, the Hasidists sought to penetrate into the inner depths of their faith, and they did so by “reintroducing into Judaism the mythical and pantheistic dimensions of the life of the spirit”4. From early in its history until the 19th century, there was strong opposition to Hasidism, and its followers suffered bitter persecution by the religious authorities5.

In his examination of early church history, Don Cupitt writes that power fell into the hands of a few who claimed the right to determine “correct” teachings and to decree the eternal fate of nonbelievers. After a period of time following the death of Jesus, “the religious professionals … monopolized control of the sacred text, worship, doctrine, preaching, and religious law” 6. Under what Cupitt describes as “a large and bureaucratic salvation-machine”, the possibility that individuals could have a direct personal experience of religious happiness and liberation was strongly resisted. In its place was the teaching that if people were submissive to the religious leaders in all matters of faith and practice, they would experience happiness, but only after death. From the time the early church became a hierarchical structure, individuals’ experiences that seemed to run counter to the approved teachings were condemned as heresy.

The medieval period witnessed a growth in mysticism, where the authoritarian structures of the church were bypassed in favour of personal spiritual journeys. As long as individuals recognised the gulf separating them from God, no action was taken by the authorities. But for those who claimed to have experienced some kind of identity with the divine, legal action or excommunication could ensue. Even the great theologian and mystic, Meister Eckhart, was charged with heresy by Pope John XXII in the 14th century. The writings on which he was condemned included statements such as “God must be very I, I very God, so consummately one that this he and this I are one ‘is’.7”

Mystics within the Muslim tradition have suffered a similar fate. The Islamic mystic and poet, al-Hallaj, claimed to have experienced a union with the divine. He wrote, “I am He whom I love, and He whom I love is I: We are two spirits dwelling in one body.”8 Statements such as these enraged the authorities, and after al-Hallaj had been imprisoned for eleven years, he was brutally tortured to death. Today Sufis accept the union of the human and the divine, since they regard it as “the Supreme Truth and therefore the ultimate goal of all mysticism”9.

The accounts given by mystics are consistent with a view held by some physicists that matter and thought arise from an indivisible wholeness,10. and that the self-contained identity commonly attributed to beings and objects merely reflects our limited understanding as creatures living in a three-dimensional world. Should mystical experience involve access to a dimension transcending space and time, it would be expected that mystics would lose any sense of space as we know it, so that nothing would be experienced as being closer or further away. Similarly with regard to time, there would be no experience of sequentiality. Mystics commonly report that they lacked any awareness of distance or directionality, and that they had no sense of one impression being followed by another.

The paths leading to mystical experience will vary in accordance with the life circumstances and capacities of the individual. Theorists in various fields have taken an interest in these altered states, and some writers have advanced the view that our minds are individual expressions of the universal mind. Karen Armstrong replaces the traditional view of God as “a separate, external reality and judge” with the idea that the divine is “somehow one with the ground of each person’s being”11. A similar idea is expressed by Stanislav Grof: “When we reach experiential identification with Absolute Consciousness, we realize that our own being is ultimately commensurate with the entire cosmic network, with all of existence. The recognition of our own divine nature, our identity with the cosmic source, is the most important discovery we can make during the process of deep self-exploration”12.

If the conscious universe is the source of all reality, it could in some sense be regarded as divine. On the other hand, if each individual is a unique expression of that totality, and is both a participator in, and a contributor to, the experience of the cosmos, there would seem to be no place for a transcendent God from whom we are estranged because of our sin. But in the 6 end, each of us has to find our own path to personal fulfilment, and this journey can lead us in many directions. Some of these will include the idea that a personal God loves us and wants to be in a relationship with us. Should an engagement with such a God fulfill our deepest needs, we may assume that a form of interconnectedness is occurring at the most profound level of our being.

This may be the case even when we hold the view that a vast gulf exists between ourselves and the creator. Alternatively we may come to accept that the apparent conflict between an identity with the transcendent, and the idea that we are individuals, separate from all other reality, can be resolved through the awareness that each of us is a unique expression of that ultimate mystery.