Ishiguro, Kazuo – Klara and the Sun 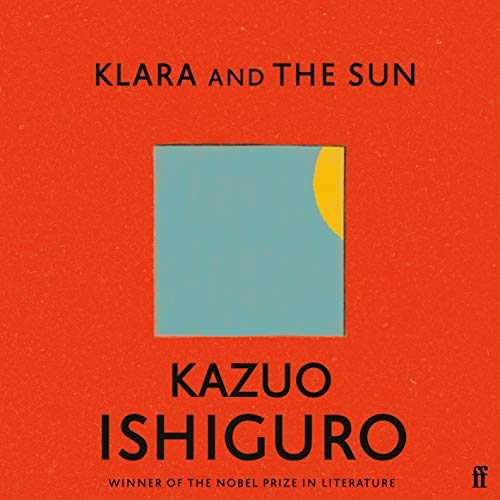 Whenever Kurt Vonnegut went into a bookshop or library, he would look to see where his books were housed. If they were in the science fiction section, he would quietly move some to a more prominent position with the other literary fiction. It is possible that Nobel Laureate Kazuo Ishiguro may feel the need to do the same. Of course, it is perfectly reasonable to categorize Klara and the Sun, his latest book, as science fiction. After all, Klara, the central character, is a robot, albeit a very advanced one. However, like his earlier books, ‘Klara’ seeks to explore that eternal topic – what does it mean to be human. As robots become more and more advanced, at what point might they be indistinguishable from us? There is clearly a degree of overlap with Ishiguro’s earlier book, Never Let Me Go, which involves human cloning.

Sometime in the not-too-distant future, Klara is designed and constructed as an AF, an Artificial Friend for an early teenage child. She is a whizz at the kinds of calculation and factual recall that computers are currently used for. But she also has some interpersonal skills. Most important for her intended role, she is able to monitor and evaluate the needs and emotions of ‘her child’ and its family. She herself does not seem to get tired, bored or angry, but she is always ready to come to the child’s aid whenever it seems to be compromised or unhappy. In some ways, the AFs seem to be even better at the very things that we humans claim define us. But these abilities are by no means perfect, for Klara’s perception and knowledge sometimes let her down. Throughout the novel, the reader is constantly invited to work out, from the author’s clues, how much Klara does understand. What in fact does she perceive when she looks at a scene or an object? For that matter, what does she look like? She would not pass for a human in appearance and doesn’t appear to eat, drink or sleep. And what does she ‘think’ about when not directly engaged with the humans?

Equally, there are engaging problems for the reader to solve regarding the human characters. Why do the children need artificial friends? Why do the families we meet comprise just a mother and one child? Why don’t children go to school, but receive their education online using their ‘oblong’ devices? Why are some children ‘lifted’, while others are not and what does ‘lifting’ entail? Apparently, some catastrophe has occurred that has changed human life forever.

Two of Ishiguro’s novels have been made into films – The Remains of the Day and Never Let Me Go – both well regarded by critics, and Klara and the Sun may well follow them. If so, I look forward to seeing what Klara looks like. Will she be played by a small human or will she be created by the FX department?

I became quite attached to Klara and, by novel’s end, was concerned about her well-being. If I had had an AF at age 12 or 13, I think I might have become more emotionally attached to it than Klara’s child does.