Martel Fredéric – In the Closet of the Vatican 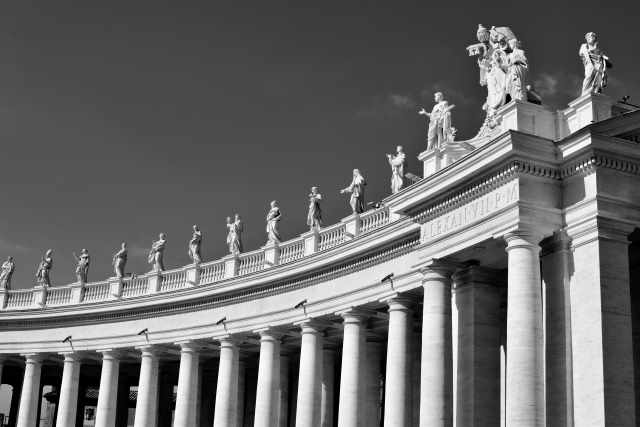 Fredéric Martel In the Closet of the Vatican: Power, Homosexuality, Hypocrisy (Bloomsbury, 2019)

In the liberal democracies, a tsunami of progressive legislation has meant that gender-diverse people are generally much better off than they were even 20 or 30 years ago. Mission accomplished? Not quite!

For a start, there has been little progress in Islamic countries and many former British colonies in Asia and Africa. In liberal democracies, time is needed to make full use of the hard-won freedoms and to overcome the still widespread vestiges of prejudice. More seriously, Fredéric Martel’s book presents evidence that some of the worst effects of historic homophobia have not even been recognized yet, let alone addressed.

Few people will be surprised to learn that a profession restricted to celibate men is likely to be an attractive choice for gay men. However, the size of the homosexual dominance of the Catholic Church, as claimed in Martel’s book, and the massive effects that this continues to have on the entire Church are genuinely shocking. What should also be of concern are the effects on the wider socio-political life of some predominantly Catholic countries.

Martel is a highly experienced journalist and the author of nine earlier books, mostly on gay and political subjects. In the Closet is based on many hundreds of interviews with Catholic clergy, former clergy, seminarians, journalists, nuns, Swiss Guards and sex-workers, male and female. Many of the interviews were on the record. The book is not anti-Gay. It is anti-clerical and anti-Catholic.

Martel’s argument begins with the claim that a high proportion of the members of the Catholic priesthood and religious orders are homosexual. He then reports claims that the gay proportion rises the further up the hierarchy you go, so that there are estimates of 70 to 80 percent among Vatican officials.

Taken together, these facts are a recipe for major conflict – a workforce numbering in the millions who are forbidden to take part in sexual activities of any kind, and this a workforce with a sworn duty to enforce the dogma of the Church and empowered to advise members of their flock on sexual and marital problems. Most seriously, priests have the right and a duty to demand that members of their flock, whatever their age, should ‘confess’ their most intimate sexual activities and thoughts to them, in private, in order to receive ‘absolution’. Leaving aside the dangers in which this combination of policies places the flock, it must also place all priests in a difficult position, ethically, legally and psychologically. The many homosexual priests are in a particularly invidious position, as their sexual identity is stigmatized and must be hidden from view and, if necessary, vigorously denied. They must remain ‘in the closet’.

This is Martel’s central thesis, that homosexual priests and religious often decide that the safest way to avoid ‘outing’ is to be the most dedicated in attacking homosexuality. The most effective form of defence is attack. Hypocrisy is essential to their survival. Many of the loudest, most vociferous homophobes in the Church, he claims, are homosexual, including some who are involved in sexual activity. Within the ranks of the clergy, it is claimed, the names of ‘fallen priests’, whether straight or gay, is well-known. In the Curia, it seems, the community of gays is called ‘The Parish’.

Martel’s In the Closet focuses mainly on the pontificates of John Paul II (1978-2005) and Benedict XVI (2005-2013), though the current pontificate of Francis II is referred to frequently, sometimes as a contrast. For the 35-year reign of the two ultra-conservative Popes, Martel claims, the Catholic Church redoubled its efforts to enforce strict adherence to orthodox doctrine on sexual matters. Throughout the Western world, movements to liberalise laws on abortion, contraception, same-sex relationships and, to some extent, women’s rights, were opposed at every step. At the same time, allegations of sexual abuse were often denied and covered up.

Foremost among the hundreds of people who are named in the book are numerous senior members of the Church hierarchy – Cardinals, Papal Nuncios, Bishops, Monsignori and leaders of orders and organisations. These are or were extremely powerful in their home countries and, very often, in the Vatican itself, with responsibilities and powers that affected the entire Catholic world. Most of these are unknown in Australia, as they and their activities rarely had direct relevance here. While the abuse of children has been a major topic in the Australian media for years, even major scandals in Italy and Hispanic America have largely remained unreported and the perpetrators unknown in this country.

The scandals described in this book, many well-publicised in other countries, were not all confined to the sexual area. In some South American countries, in particular, the Catholic Church collaborated with extreme right-wing governments, like that of Pinochet in Chile, for mutual benefit. The dictators or oligarchs were kept in power and the Church was able to fend off demands for more secular standards of morality. It, and its leaders, sometimes benefited financially. Martel reports several instances of even retired Cardinals living in royal splendour.

The reception of the book, as might be expected, has been mixed, with Catholic journals and right-wing American organisations publishing dismissive reviews.

As far as I can see, there has been no successful litigation against Martel or the publisher. It is available in e and audio formats. It is long (576 pages), but the substantial list of source information is hived off and free to read online.

In February this year, the ABC published a substantial review by James Alison, one of Martel’s informants.

If you wish to gain quick insight into the dramatis personae, read the Wikipedia biography of the late-Mexican Cardinal Marcial Maciel.