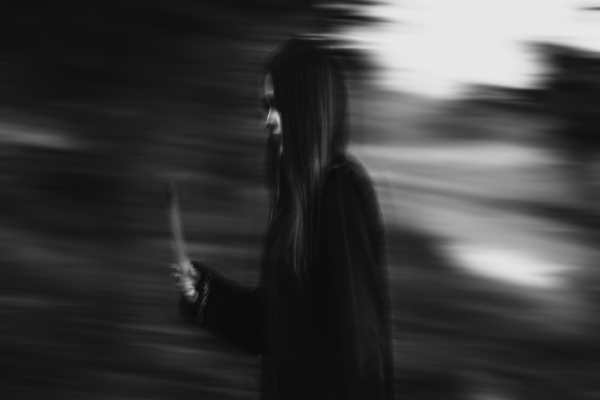 During a recent excursion to the Beechworth district in Victoria, a number of SOFiA members visited many places of historical interest. At the more formal end of the scale, we took part in three guided tours, two in Beechworth itself and a third in a gold mine near Yackandandah.

Europeans first moved into the region to ‘take up’ large areas of land for sheep grazing in the 1840s. In the early 1850s, the small white population suddenly skyrocketed with the discovery of gold and numerous public institutions were built. When the alluvial gold ran out, two of the large government institutions became the main source of employment in the Beechworth area and remained so for decades. These were Beechworth Gaol and the Beechworth Lunatic Asylum.

Our accommodation in Beechworth was in the repurposed nurses quarters of the Asylum, so it was very easy for us to take part in one of the most advertised tourist attractions in the town, ‘A Night Ghost Tour of the Mayday Hills Lunatic Asylum’. For our visit, a group of more than 20 were taken around the precinct by an experienced local guide in the role of a 19th century nurse. There are several large buildings in the precinct and we moved slowly through them, stopping by each one as the guide gave information and told stories of some of the inmates. It was a cold, dark night and the guide asked us to turn our torches on as we entered each room. Sometimes she would ask us to turn them off, inviting us to imagine the terrible events that once went on there. A recurring theme was the possibility that the ghosts of inmates were often seen by visitors. The guide claimed that she had had ghostly experiences herself.

This aspect of the tour elicited one of the more interesting discussions of the tour. Some of us SOFers did not agree as to whether the tour was entertaining or informative as advertised. Some were disappointed that the guide’s spiel gave credence to the possibility that ghosts are real and not merely psychological phenomena of gullible visitors. Certainly none of the SOFers claimed to have seen anything supernatural.

On this particular freezing night at the former lunatic asylum in Beechworth our guide was attired like a nurse and – presumably for dramatic effect – carried a large femur like a mace, in the manner of a drum majorette. We were guided solely by the light of the torches we carried, giving the whole show a (false!) ghostly ambiance from the start.

Why, I wonder, are ghosts nocturnal? Are they afraid of the light? Are they harder to see in sunlight and thus less likely to inspire fear and awe?

Our guide’s manner on this tour was forthright and she bade us treat the spirits of the tormented and departed with respect. Her spiel was replete with cautionary tales of bold sceptics reduced to screaming heaps. One young lady, heading up a film crew (she told us) entered a room and issued the challenge: “Show us what you’ve got!”. The poor thing immediately began shrieking and ran for her life. Her comrades found a bite mark right in the centre of her back! Amazing what incorporeal teeth can do.

Along with tidbits of the history of the place we were subjected to stories about what had happened on previous tours – creepy occurrences and apparitions which, for some inexplicable reason, did not choose to present themselves on our particular tour. Having said that, in the final briefing session before we departed the guide did her level best to extract spooky experiences from the gathered throng. One young woman shyly confessed that something had pulled her hair. As the goose bumps rose on our freezing flesh (or was it just the cold?) it occurred to me that I too had had several unusual experiences. On many occasions throughout the tour I could swear I had felt someone pulling my leg.

But seriously… the reaction of some of us sceptics was genuinely tinged with annoyance/outrage at the barefaced lies. Or were they honest delusions? I really couldn’t tell. It was, of course, entertainment, so perhaps lies are acceptable in that setting? It is my contention, however, that superstition and supernaturalism, while no longer relevant to the lives of most of us in the ‘mainstream’, are kept alive – indeed, nurtured – by popular culture. Is this a bad thing? (I’m inclined to say yes. I’d love to hear a counter view.)

I share my fellow sceptic’s disapproval of apparently authoritative statements that give credence to the existence of the supernatural. My basic position is that any acceptance of dualism (religion, new ageism, superstition or whatever) allows us to avoid taking responsibility for solving our human problems ourselves. Fortunately, even moderate Christians now preach that God helps those who help themselves. I loved the Cardinal Archbishop of Paris, who replied to a journalist asking for his take on the partial survival of Notre Dame, “No, it wasn’t a miracle,” he said. “It was the firemen!”

However, I think anyone who wants to engage with other people has to recognise just how deep human belief in another reality goes. This seems to have played a dominant role in human history for many millennia and, for many people, it still does. Most of this belief in a supernatural ‘world’ is probably harmless, but I agree that it can have seriously harmful effects. People who believe they know what God wants or who claim to receive instructions from God can cause serious damage and suffering, especially when their beliefs are institutionalised and shared by others. Education in science and history usually helps to ameliorate the ill effects, but even 15 or so years of predominantly secular, evidence-based study are not a sure antidote. We occasionally even hear card-carrying SOFers, agnostics or atheists all, who add a quiet postscript to their secular credo, “But sometimes I just feel that there might be something”. So, there you have it, another name to add to the thousand names of God – “Something”.

I’ve never believed in ghosts, myself, though I have frequently experienced hair-raising and blood-chilling moments when scared stiff. (I scare easily.) Fortunately, even when young, I think I realised that these feelings were all in the mind; they were natural, not super-natural.

I wasn’t disappointed with the Ghost Tour at all. I found it entertaining and learnt a lot about the sad history of the institution. I would certainly recommend the tour to intending visitors to Beechworth.

(Photo by Sayan Ghosh on Unsplash)