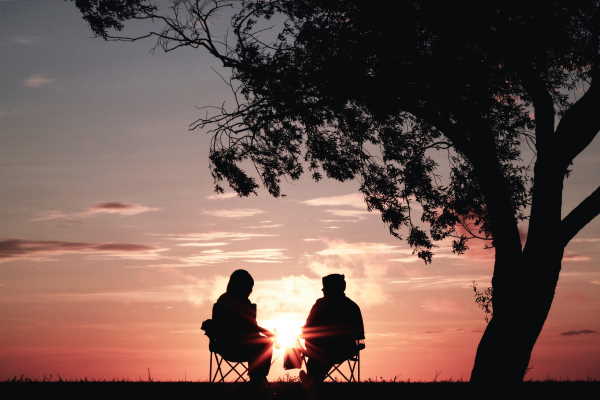 A recent novel, Elizabeth & Elizabeth (by Sue Williams), portrays the friendship which existed between Elizabeth Macarthur and Betsey Macquarie, wife of Governor Lachlan Macquarie.  As evinced by her bibliography, the author has done considerable historical research, so I think her work of fiction is well founded on fact.

This is an interesting friendship because the two women were quite different, and their husbands were strongly opposed to each other. John Macarthur in fact spent a good deal of time trying to undermine successive Governors, including Macquarie, because none of them would give him unfettered access to land or take notice of his ideas on how the colony should be run. He had already played a part in the Rum Rebellion which unseated Governor Bligh, resulting in his recall to England for a number of years.

The two women tended to share their husbands’ diametrically opposed ideas on convicts and emancipists, and how the colony should be developed. Macquarie entertained convicts at Government House, and was happy to give important positions in the colony to worthy emancipists. With Betsey’s active support, he sought to build fine public edifices and other infrastructure to create a colony of which Britain could be proud. He saw a bright future for Australia, as the country came to be called under his governorship. Macarthur, on the other hand, was infuriated by the favouring of convicts and emancipists. He believed that the wealthy free settlers should be given extensive land grants and influential positions, that the stain of convictism was permanent and emancipists should never be allowed to achieve a status comparable to that of free settlers, and that it was a waste of money to build fine edifices in a city that was in effect a dumping ground for convicts. Mean and poor dwellings and other buildings were sufficient for them.

Yet, despite these differences, Elizabeth and Betsey became firm friends. They supported each other through numerous issues of daily life, including parenting and family issues, and visited each others’ homes. Elizabeth resisted her husband’s urgings to see what information she could glean from Betsey that would assist him in his plotting to undermine the Governor. When the Macquaries returned to Britain, Elizabeth and Betsey continued to correspond, supporting each other in their grief when their husbands died, and Elizabeth grieved deeply when she heard of her friend’s death.

So how was this friendship possible? One reason may be that they were not active political players, observers of but not involved in their husbands’ activities, and thus not so deeply invested in opposing viewpoints. Also, there were not many women in the colony fitted to become friends of either woman. These were both strong, capable, intelligent women with vision and sound ideas for the future.

Throughout the centuries, friendship seems to have been very important to women, rather more so than to men, on the whole. Even when they marry, many women value having friends of their own sex who can fulfil some of their emotional needs. The competitive situations in which men frequently find themselves may make it harder to form friendships, or to maintain those formed at a young age. This may change somewhat as more women attain senior positions in business, commerce and politics.

I believe this friendship of Elizabeth and Betsey has an important message for all of us today. With the increasing polarisation of ideologies in politics and other fields, people tend to group themselves in silos, to believe that they can only form friendships with likeminded people, and that those “on the other side” think so differently, and mistakenly (!) that friendship with them is not possible.

It was not always thus. In the Australian political scene and elsewhere, there have been friendships across the divide where people have respected and even admired the personal qualities of their opponents and their commitment to working for the good of society, although their ideas differed. Respect and openness seem to be the keys, and unfortunately respect is now often significantly missing from public debate, replaced by name calling and put-downs.

Can we allow Elizabeth and Betsey to show us that friendship between people with different world views is important and really essential to build the bonds within society and allow us to operate healthily as a united but diverse community?

Photo by Harli Marten on Unsplash