Cupitt, Don – The Meaning of the West 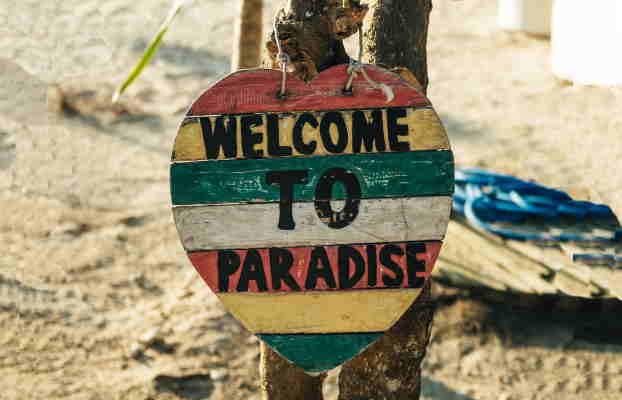 Greg Spearritt reviews The Meaning of the West: An Apologia for Secular Christianity (SCM, 2008) by Don Cupitt

Does Australia feel like the Kingdom of God to you? Would America? Okay, how about Sweden?

A decade ago Australian sociologist John Carroll declared the West all at sea and “lost in a crisis of meaning”. 1. He has subsequently traced the cause of the crisis to the unravelling of the mythos and authority of religion which once held everything together.2. Postmodernism and humanism, for Carroll, have much to answer for.

In stark contrast, Don Cupitt in his latest book argues that the postmodern, humanistic West just is Christianity nowadays. It’s the inheritor of Christianity, the logical and unravelled end point, the Kingdom Come (to quote another Cupitt title), and it is to be embraced and celebrated.

I’ve heard people talk of exotic locations around the world as very special places that are still in touch – and can put you in touch – with the sacred, that essential dimension of life so often said to be missing from good ol’ Australian (or American, British etc.) materialist culture. I’m thinking of Angkor Wat, Mandalay, Kathmandu, Luxor and Mecca. But I haven’t heard of too many Western folk who actually want to move permanently to those places, or for that matter to anywhere outside the fold of progressive, liberal-democratic Western countries. There are plenty from elsewhere, however, who desperately want to live in the West.

And for good reason. They may not be perfect, but Western societies look after their own like no-one  else does, including their weaker members and even those who dissent from prevailing political or social views. (Would you rather be gay in Abuja, Riyadh, Beijing or Sydney?) Western technology is the envy of the rest of the world, even of people like Osama bin Laden who use it to attack the West. Western medicine gives us an ever-longer, healthier lifespan. Western governments actively seek the moral, physical and intellectual improvement of their people and contribute to the well-being of the world’s poorest through (relatively) string-free aid budgets. (That’s not to mention the work of Western NGOs such as Oxfam, Red Cross, Amnesty International and Medicins sans Frontieres.) The West is innovative, constantly on the move, and – most important of all? – it loves life wholeheartedly.

For all of this, says Cupitt, we have the Christian tradition to thank.

Western humanitarianism, for example, is a straightforward continuation of Christian ethics and derives ultimately from Jesus, who was “quite uninterested in dogma and cared only for the ethics of human relationships – and especially, for our response to a fellow human in need.” (140) Jesus’ unique attitude to women is the reason we have women’s shelters which, unless run by Westerners, are not to be found in the Middle East.

To be clear, this is not the old Church-Christianity at work:

The Church clings to its old inefficiencies, discriminations and injustices, and repeatedly demands for itself opt-outs from legislation that would require it to get its treatment of its own employees, women, gays and other groups up to decent contemporary secular standards. (34)

Organised Christian religion, always intended as a stop-gap measure, cannot let go of influence and power and deliver the final redemption from itself that it promised:

[I]n the traditional language of theology, Christ has returned and the Church is obsolete (though, as Dostoyevsky foresaw, the Grand Inquisitor is far from pleased; he loves the Church and spiritual power much more than he ever loved Christ). (10)

No, we have now what a dying Christian tradition has bequeathed: the secular West, vibrant, post-metaphysical, non-theistic and with a radical vision of the Kingdom of God. Contra Carroll, the very fibre of the West is infused with religion: it’s Christian to the core.

The place of religion in our lives “is now taken just by an intense, quasi-religious love of life and the assiduous cultivation of life skills”. (2) This world is what matters, not some future supernatural home. Cupitt contrasts the West with a theocentric, disciplinarian and less humanistic Islam: “The Islamist”, he says, “loves death, but the Westerner loves life”. (9) In truth, you see very few Australian, American or European suicide bombers.

The ancient biblical dream of a blessed future world, however, is alive and well in the West. Secular peace and prosperity for ordinary folk: that’s the goal, derived from a Christian theology of history which informed the Enlightenment view of steady historical progress. Our “indelible” belief in the betterment of ourselves and our society, says Cupitt, is Christian through and through.

Another major distinguishing feature of the West is the importance accorded to reason and critical thinking. In science and technology Western societies are second to none. Why so?

The monotheistic Judaeo-Christian tradition taught us that there is one divine Law, one Truth operating everywhere: the Creator made it all, made it consistent, and made it for our benefit. It was all made to make sense. In the creation and incarnation we see the transfer from God to man of the power to “impose language upon the chaos of experience, and so create an ordered, law-governed world” – and the impetus to see that world as valuable. (7)

Then, too, we have the monk in his cell struggling with sin and obedience, living a radically ‘examined life’ of continual self-criticism. His asceticism, says Cupitt, became in time externalized and “was transformed into the professional discipline of the scientist” (55), the same rigorous scepticism and testing that is the hallmark of the modern science. Ironically, given this origin, critical thinking means nothing is sacred: everything is open to reform and reappraisal. Christianity, it turns out, is self-secularising.

Life in the void

Critical thought is one hallmark, also, of postmodernism, in which, as Richard Tarnas describes it, “the value of all truths and assumptions must be continually subjected to direct testing.” 3.

The effect of this endless questioning is the realisation that “all human understanding is interpretation, and no interpretation is final.” (Tarnas again, 397) In Cupitt’s terms, the end of the religious life is nihilism. We “see through” it all and – like Buddhists – find nothing substantial behind our fictions, images and metaphors:

The whole point of the idea of God is that God is impossible… we have to go all the way in the religious life (guided by someone like St John of the Cross) before we can fully understand our human situation and learn both to love life and to make the most of it and to accept death.” (109)

The nihil, this Nothingness or lack of Meaning, can be frightening and depressing, but it’s not necessarily so – nor is it the last word. In the end there is not even nothingness: just the dance of life to delight in and assent to while it lasts. Cupitt’s practical advice? “Just love your neighbour and live as affirmatively as you can until you drop.” (153)

There is much more in The Meaning of the West than I can convey here to persuade us that we are indeed living out secular Christianity. Cupitt the theologian, though he has given up on the church, is enthusiastic about what it has spawned, and he describes and accounts for our secular life in theological terms with, in my view, remarkable success.

On earth as it is in heaven?

If Cupitt is right, however, why does life in the West not feel like the Kingdom come? Very few Westerners would claim to be living in paradise, even, I suspect, in Sweden. There is a definite downside to the West.

What, for example, of our rampant consumerism, cancerous economic growth, exploitation of poorer countries through unfair terms of trade, environmental degradation and so on? (And now, the West presents… the GFC!). They’re all well-known and oft-remarked shortcomings of Western life. However, that’s the point. They are remarked upon, examined, criticised – and ultimately acted upon. Cupitt is not saying we’ve made it: indeed, we wouldn’t be the West if we had. We’re an inexorable work in progress, going substantially nowhere much like a soap opera, but making small and what Cupitt calls “indelible” gains. And the gains cannot be denied. Slavery, sexism, racism and child exploitation all still exist, but they’re officially outlawed and for the most part swiftly jumped upon when they come to light. It’s hard to believe that any of them could ever again be accepted practice in the West.

Then there is the question of meaning, the issue John Carroll takes up with largely pessimistic gusto. There is indeed in the West psychological disconnectedness and fragmentation, not to mention the malaise of ennui. (Don DeLillo in White Noise describes us as a society in which we’re all queued, amusing ourselves with bright, trashy magazines as we await the final checkout.)

Of course that’s not the whole picture; it’s no more true than Cupitt’s positive portrait of Westerners hard at work, joyfully creating and cultivating their own lifestyles.

It’s true, however, that year by year fewer of us find any real nourishment within the churches. As Cupitt puts it, we have outgrown “the repressive boarding-school culture of the Church” (72), not to mention its ludicrous supernatural claims. But I don’t believe most of us are ready yet to just accept transience and secondariness as utterly beautiful, and at the end “be content to pass away along with everything else.” (14)

For many years, Cupitt has been trying to persuade us that we must do just this, but he knows it’s no easy sell:

[E]ven today completely demythologized thinking remains too difficult for most people… even today people remain reluctant to recognize the extent to which we construct our world and ourselves within the motion of our language. (24-5)

I’m not convinced that it will ever be possible to achieve widespread acceptance of this. The fact is, we need stories. We need to remythologise (and again, Cupitt knows it: unless we can infuse the liberal-nihilistic story with “religious feeling and symbolism” it will never win people over – 31).

Unfortunately, it’s hard to persuade ourselves that the stories we make up can be as valid and fulfilling as those that are passed down to us, even when we know those old tales to be fictions (and even, at times, outrageous and despicable lies). In fact, Cupitt acknowledges this: we do need fictions to think with, he says. But his caveat is salutary, and I see it as the rationale, short, simple and complete, for the Sea of Faith network: we don’t have to be enslaved by them.

Can we truly live by a story that we know to be fiction? It works for art; can it work for life? I regret to say that I expect I’ll still be wondering on my death-bed.

So is the West to be joyfully embraced because it’s simply the closest thing to paradise that we’re ever going to achieve? While it has much to recommend it over theocratic dictatorship and over the world-denying Christianity of the past, if I’m honest I’d have to say it still has the cast of a consolation prize, a poor second-best to the old story of Life Eternal in a Better Place. Oh well, we all have to grow up sometime. Learning to love being grown-up: that’s the challenge.

Disclaimer: views represented in SOFiA articles are entirely the view of the respective authors and in no way represent an official SOFiA position. They are intended to stimulate thought, rather than present a final word on any topic.  Photo by Bernard Hermant on Unsplash (modified)