Christianity: Best of a bad lot? 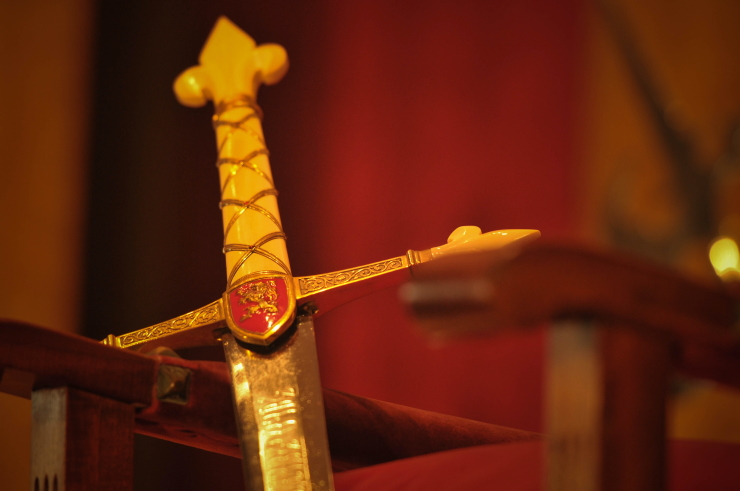 Opponents of liberal and secular change like to remind us that Western democracy has a Judeo-Christian heritage. In response, progressives and secularists often feel duty-bound to qualify this, citing the contributions of Greek and other pre-Christian philosophers, as well as ‘natural law’.

I was led to consider this opinion once more after reading Christos Tsiolkas’s Damascus and Tom Holland’s Dominion: The Making of the Western Mind. The memoirs and controversial public statements by Ayaan Hirsi Ali also came to mind. Though all three writers are atheists and come from different religious backgrounds, they are saying that Christianity, having survived centuries of successive scandals and reformations, has emerged as more humane than other world religions. It is more compassionate and more committed to peace, inclusiveness and social justice.

Many members of SOFiA are probably of this mind. SOFers have generally rejected much of the world-view and doctrines of their birth Protestant Christianity – the six-day Creation and the Fall, the divinity of Jesus, the miracles, the resurrection, the atonement and so on. They also continue to criticise, often with some vigour, the institutional Church for its brutal past and most have cut all formal ties with it. But — they still love much of the Jesus message.

Such born-again ‘soft Christians’ don’t subscribe to an all-or-nothing model, of course. Much of Christian doctrine clearly does build on prior religions and philosophers; Judaism, Jesus and early Christians undoubtedly drew on earlier Middle Eastern religions and on the Greek philosophy of the time. Most of this kind of ‘cultural borrowing’ was unconscious, and remains so today.

But the extent to which Western cultures are still Christian is not just a matter of values and ethics. Many contemporary secular Western citizens are not conscious of the provenance of their own structuring of knowledge. They are rarely aware that many basic concepts and terms like ‘faith’, ‘creed’, ‘worship’ and ‘religion’ are not universal, but have Christian origins and connotations. We may be blind to the fact that, through use in the dominant academic, technological, commercial and political domains, Christian concepts and terms have been normalised and universalised.

Imperialism, colonisation, missionisation and economic domination have led to an all-pervasive First World culture – almost every large town on Earth has churches, a town council, court-houses, schools and hospitals, as well as bars, Maccas and pop-music. In daily media coverage of current affairs, it is tacitly assumed that all cultures have ‘religions’, that all religions have creeds, that members of all religions have ‘faith’ and that all people want liberal democracy along with their hospitals, schools and Maccas.

Consider the bewilderment of the early European contact with the cultures of the First Australians. Bringing their own Christian understanding of ‘religion’, the first judgement of the explorers and settlers was that Australian Aboriginals had none. In more recent, somewhat more enlightened times, non-Indigenous Australians have fallen over backwards to shoehorn aspects of Aboriginal culture into the Western concept of religion.

This seems to me to be a serious over-simplification. To classify aspects of Aboriginal identity as ‘religion’, like the prevailing assumption that Hinduism and Buddhism are religions, is inaccurate and does not do justice to its complexity and subtlety.

Though often unwitting, this kind of cultural imperialism is one of the drivers of the wide backlash against Western values now evident in international relations. Much is the result of centuries of political and economic domination, and there is now widespread resentment against the continuing policies of liberal-democracies to enforce what they have been claiming are universal values.

Since World War 2, the United States has been committed to a policy of imposing its version of liberal democratic values and related political systems on nations that oppose them. In George W Bush’s era, the goal was ‘regime change’, but this was rarely achieved and was always accompanied by major, on-going collateral damage. It must be expected that the values of liberal democracy will come under increasing opposition by Islamic, totalitarian and some other Third World nations, at least partly because of its perceived Judeo-Christian roots.

A more immediate danger, perhaps, also comes from the United States, though from domestic rather than foreign policy. Ironically, the extreme versions of the primacy of Judeo-Christian values in American culture and politics may well do more harm to ‘soft Christianity’ than the attacks on non-Christians. The Crusaders for ‘Christian Nationalism’ argue that only a total Biblical worldview is real Christianity and the citizens of the USA are the new ‘Chosen People’, duty-bound to ‘save the world’.

Photo by Artur Kerkhoff on Unsplash