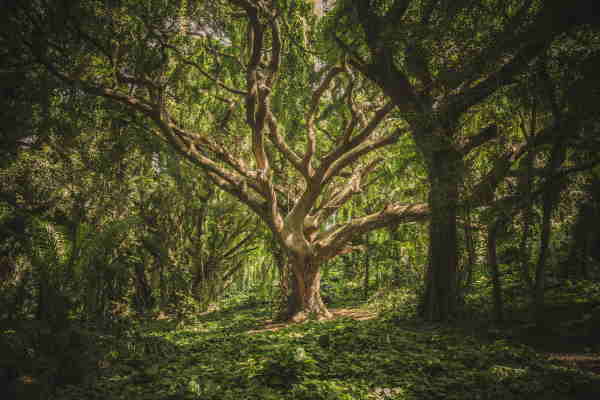 Imagination, metaphor, and the delight of not yet knowing.
Can it be true that these are the source of a fulfilling life?
Certitude is a demon that stalks us through life, a two-edged sword, underpinning confidence
while at the same time fencing us in and diminishing our curiosity and zest for life.

Dallas Elvery reflects on certainty and imagination through a brief look at some of the thoughts of the eminent scientist James Lovelock.

Certitude, just when you thought you’d outgrown it, sneaks back to drag us in again.

For a sizeable portion of my life certainty was a given, and treasured. Certainty was sought after with enthusiasm, and frequently used as a battering ram to quell those audacious souls who threatened to burst my certitude bubble.

Certainty about all manner of things, but certainly regarding the big issues. However, over time, embracing complexity, grappling with ideas that initially seemed foreign and encountering the lived reality of many people who did not fit my neat compartmentalisation has seen many of my rigid walls come down.

James Lovelock is a British scientist, inventor and writer. His name is perhaps most strongly associated with the concept of Gaia, the name chosen to describe what he refers to as the living earth. That name comes from Greek mythology, the classical Greek goddess Gaia, the personification of earth. Gaia is the ancestral mother of all life.

The Gaia hypothesis was developed over two decades in conjunction with an American scientist, Lynn Margulis. A reasonable summary of the Gaia concept goes something like:

The entire range of living matter on Earth, from whales to viruses, and from oaks to algae, could be regarded as constituting a single living entity capable of maintaining (regulating) the Earth’s atmosphere to suit its overall needs and endowed with faculties and powers far beyond those of its constituent parts.

A central tenant of the concept is that:

This Gaia woman is one impressive operator. It would be wise not to mess with her.

After initial scientific trepidation regarding the proposition, it has gained a deal of acceptance. This work of Lynn and James, has given rise to a new scientific discipline, known as Geophysiology – the study of interaction among living organisms on the Earth, operating under the hypothesis that the Earth itself acts as a single living organism.

Lovelock’s work researching the atmosphere and developing equipment to measure concentrations of gases has underpinned a vast amount of scientific endeavour over the past seventy years.

Lovelock has described his life as being “a mass of visions”. He described himself as valuing intuition above reason. He describes how his many inventions have arisen from within the mind, simply because he was presented with a need.

In discussing his Gaia work he once said:

I know that to personalize the Earth System as Gaia, as I have often done, irritates the scientifically correct, but I am unrepentant, because metaphors are more than ever needed for a widespread comprehension of the true nature of the Earth.

This man is credited with a large volume of important scientific research, with important real-life applications. Visions, metaphors and intuition – are these what we associate in our minds as being essential underpinnings of hard-nosed science such as physics and chemistry?

On another occasion Lovelock stated:

One thing that being a scientist has taught me is that you can never be certain about anything. You never know the truth. You can only approach it and hope to get a bit nearer to it each time. You iterate towards the truth. You don’t know it.

What a freeing thought! Those captured by certitude’s thrall usually acknowledge that we can’t know everything, and that in every area of life there is more that can be known. Yet there is a kind of entrapment. This is a little reminiscent of words from the song ‘The Rose’, made popular by Bette Midler:

The intriguing thing about Geophysiology, is that useful results can be obtained by using the Gaia hypothesis. Results that can be tested and repeated. Yet the Hypothesis itself is beyond proving.

A lovely dance between the known and the unknowable, giving birth to new insights and visions.

Kate Mossman James Lovelock at 100: “My life has been one mass of visions” (The New Statesman)

Photo by veeterzy on Unsplash