Bryson, Bill – Life, the Universe and Nearly Everything 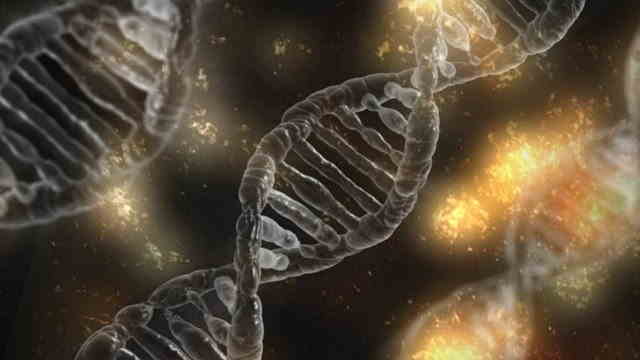 Life, the Universe and Nearly Everything

A review by Greg Spearritt.

You may at some time have seen the Peter Cook sketch where, as a park-bench bore, he irritates the hapless fellow beside him with a string of ‘amazing’ but pointless facts.

Almost Like a Whale and A Short History of Nearly Everything represent, among other things, a bonanza of amazing facts. These facts, however, are not pointless: they add up (at least, for me) to a number of startling ideas about life, the universe and Everything.

First and foremost, we’re animals – and we do need to be reminded of it.

We share 98.8% of our DNA with chimps. Over 60% of human genes are fundamentally the same as those of the fruit-fly. We have the same genes as mice for making a tail (though thankfully in us they don’t ‘switch on’).

Actually, we’re not just animals. We’re also bananas: that is, we share 50% of our DNA with that bendy fruit.

And DNA is remarkably versatile. Mice have a gene which controls the development of eyes. Transferring this gene into a fruit-fly larva results in…(wait for it)… a fully-functional fruit-fly eye. In a very profound sense we are all a part of one another, the diverse evolutionary issue of one ancient and extremely basic form of life. There’s a link somewhere here, I’m sure, to spirituality as interconnectedness.

One of the hardest ideas for humans to accept is that we are not the culmination of anything. There is nothing inevitable about our being here. (Quoted in Bryson 539)

Every lifeform that exists is – again, in a profound sense – a mistake. Evolution depends on mistakes in reproduction. In the words of Jones, “Descent always involves modification, because any copy, be it of a picture or a gene, must be less than exact.“ (xxiii) Life forms can exist only because they are unstable and therefore able to adapt over time to changing circumstances. Life is “a series of successful mistakes” (Jones xvi).

So why are we here? For no better reason, it seems, than to perpetuate DNA.

97% of this mysterious stuff is in fact ‘junk’. It exists because it’s good at replicating itself. In Jones’s terms, functional genes are “an oasis of sense in a desert of nonsense” (147).* Even some of the DNA that does ‘do something’ is not always good news for us:

One of the commonest genes we have is for a protein called reverse transcriptase, which has no known beneficial function in human beings at all. The one thing it does do is make it possible for retroviruses, such as HIV, to slip unnoticed into the human system. (Bryson 496)

We’re an unusual species, apparently: our gene pool is far less diverse than that which might be found in a social group of 55 chimpanzees. We appear to have come from a relatively small group of immediate ancestors and just haven’t been around long enough to develop the kind of genetic diversity that most animals display.

Ironically, humans are also distinctive in that we’ve been so successful that we now severely threaten biodiversity among the rest of the ‘created’ order. Pride in our success must of course be tempered not just by the fact that we’ve become a kind of pestilential extinction event for other lifeforms (an event which threatens to extend to us), but also by the reminder that we’ve been around a mere fraction of the time that dinosaurs roamed the Earth.

On an individual level, too, eccentricity is in evidence, particularly (it seems) for subspecies Homo scientistus. Many of our greatest scientific minds seem to have been more or less loopy. Newton, for instance, was “capable of the most riveting strangeness”: alchemical dabbling, a devotion to Arianism and odd experiments like sticking a bodkin (a long leather-sewing needle) into his eye socket accompanied a prickly-come-paranoid personality. (Bryson 70f) Einstein, as we know, forswore socks and hair brushes. Edwin Hubble – he of the telescope – was, besides being a brilliant astronomer, an inveterate liar.

Perhaps we should encourage scientific excellence by messing up more childhoods.

God is Even Odder

It may have comforted previous generations to think of a loving Lord God counting the hairs on our heads, but the evidence now seems pretty compelling that the Universe/God/Whomever doesn’t actually give a b*gger about us (or any other life-form). Life on Earth, in Bryson’s words,

is not only brief but dismayingly tenuous. It is a curious feature of our existence that we come from a planet that is very good at promoting life but even better at extinguishing it. (19)

Extinction is “a crucial part of the evolutionary machine” (Jones 99). Around 99% of all life-forms which have ever lived are no longer with us. At least five times over the past 4 billion years there have been major extinction events. Even discounting human stupidity, more such events are inevitable. If it’s not a cataclysm from within (volcanoes/earthquakes) it’ll be one of the millions of large Earth-crossing asteroids.

Having said that, life for God’s creatures is fairly stable most of the time:

The history of any one part of the Earth, like the life of a soldier, consists of long periods of boredom and short periods of terror. (Geologist Derek V. Ager, quoted in Bryson 236)

One supposes this is little consolation for those who – like tsunami victims – ‘live in interesting times’ and happen to be in the wrong place.

Perhaps the benevolent hand of Christendom’s God may be seen in the bigger picture, though. The very cataclysms which threaten the comfort and existence of beings are in fact a form of renewal, the Earth cleansing itself. Without this, and without the ability of life to adapt and evolve, there would be no life on Earth.

That creatures evolve is fine by me. It’s the mechanism that’s the problem: natural selection. You and I are here today because our ancestors were not among the millions upon millions who died an untimely (and often excruciating) death before they had the chance to procreate.

At base, it’s a numbers game. If God is no respecter of species, S/he is also not particularly enamoured of individuals, be they soldier crabs or humans. The God who champions the poor and outcast is mighty hard to discern in the ‘Survivor’ game that is life on Earth. Unless, that is, you wish to distinguish – and even, in a gnostic fashion, set at odds – the God of compassion from the Creator. (Were I a theist, I think I’d be wanting to examine this as a serious theological proposition.)

Ironically, many who oppose voluntary euthanasia want to proclaim as wonderful this very Creator whose methods of choosing which among us will pass on their genes are barbaric by any standards. Animal rights activists insist (and rightly, too) that our ways of slaughtering livestock be ‘humane’, yet being eaten alive and starving to death are two of the most common fates for sentient beings of all kinds.

What of the wonders of creation, though? Is the eye not such a perfect device that it proves intelligent (if not compassionate) design? Regrettably, no. It is as functional as it needs to be, but is actually back-to-front. Light must pass through the ‘wires’ which take information to the brain before it hits the photo-sensitive retina:

No camera that put the sensitive part of the film on the wrong side and then had to compromise to cope would sell. The feeblest designer could improve it (which is why we have spectacles and microscopes). (Jones 140)

Things in General are Weird

A salamander (did you know?) has twenty times as many DNA bases as a whale. A gorilla’s penis is a mere 1¼ inch long.

What we expect of the Way Things Are often turns out to be wrong. One mistake we make is to expect consistency when it comes to the natural world. (This, after all, is what much of our science is based upon.) However, the Jones and Bryson books show that we are a long way from grasping ‘it all’. For example, while the evidence for evolution is strong, Jones acknowledges puzzling anomalies. I have written here chiefly of matters biological, but Bryson’s book also deals extensively with physics and chemistry, and we know that once we get to the macro (astronomical) level or to the micro (quantum) level things get downright weird.

Almost Like a Whale and A Short History of Nearly Everything are a roller-coaster of a ride for a reader (like myself) who’s accustomed to thinking that science is starting to get a real handle on our world. The Ultimate Hypothesis, it would seem, is as far away as ever, but what we do (provisionally!) know is fascinating stuff and much of it challenges our received notions of who we are and why we’re here. Another reader will have a different set of conclusions, but for me these books confirm my suspicions that life is about nothing other than itself and that any meaning we want to find must come from our own creative endeavours.

* If Jones and Bryson were writing their books in the late 2010s, they might need to take a more nuanced view of ‘junk’ DNA.